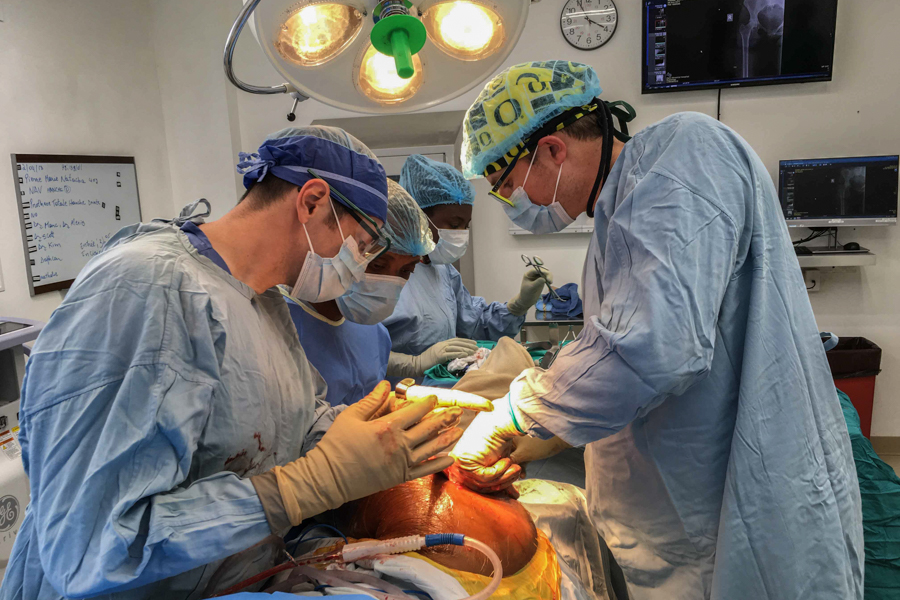 For me it was a historic day.  Seeing people day after day here who are in pain, who have severe deformities, who are disabled, motivates me to work hard and continually try to improve. Malades (malade = patient in French) come to HAH with all types of orthopedic problems.  Some of the most difficult to treat are hip problems. In 2010, it was 2 months after the earthquake that we received a beautiful C-arm, complements of our orthopedic colleagues back home.  This enabled us to take care of many patients who had hip fractures that were nearly impossible to operate without x-ray guidance. 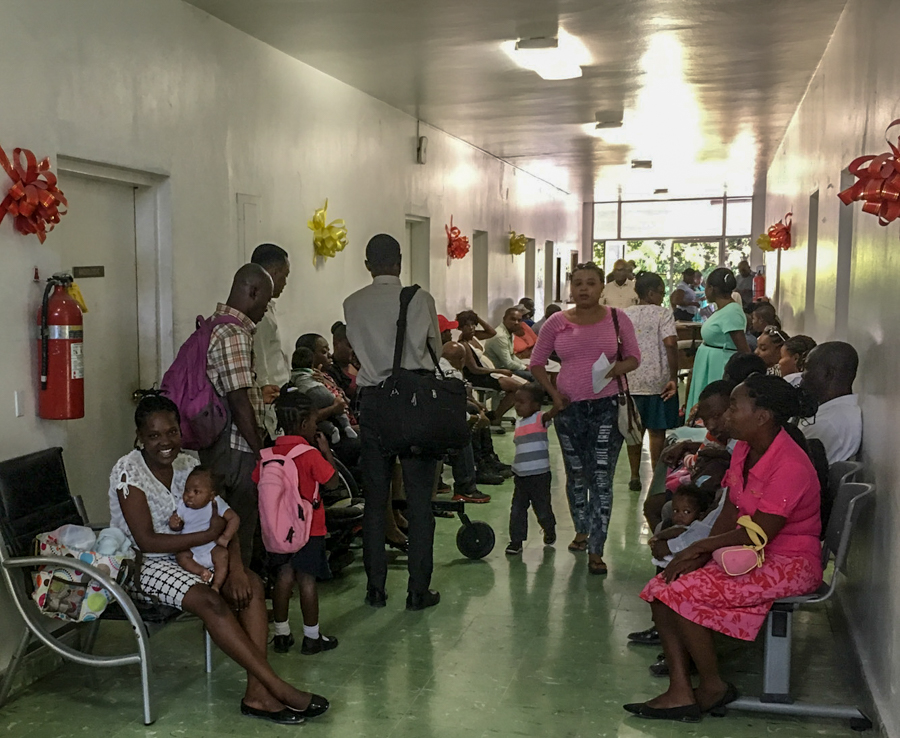 Soon after, we were able perform hemiarthroplasties (partial hip replacements usually used for femoral neck fractures in the elderly).  But the option of doing total hip replacements had continued to be an elusive dream, until today.  We had to renovate our operating room, we had to get air handlers and filtration system working properly, we had to find implants which tend to be way out of the budget for our patient population, and we had to find a committed surgeon.  Starting a joint replacement program was one of my major goals during this 6-month period of time that Marni and I are living in Haiti.  That finally materialized due to the generosity of Renovis (total hip implant company) and Dr. Mark Mildren. 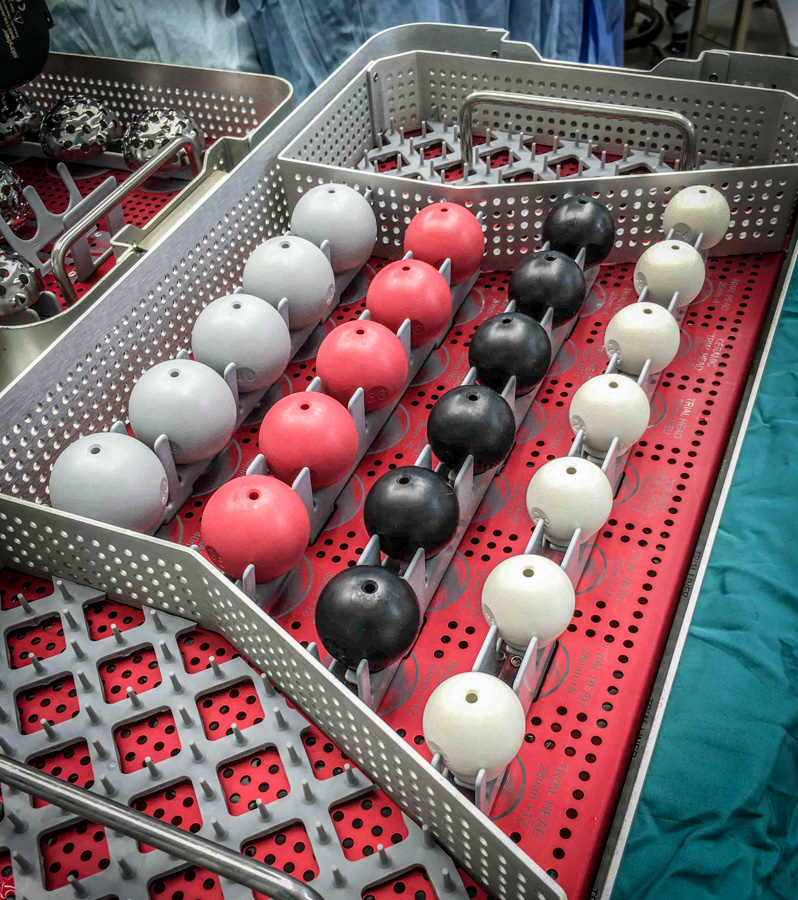 Over the past few weeks we called some of the patients on our total hip waiting list that was started in 2011.  The list is huge.  There are people that are in their 30’s and 40’s some younger some older that have been suffering from hip problems for years. One patient had an acetabular fracture several days before the 2010 earthquake but was unable to get treatment because of the thousands of victims crowding the hospitals. Beyond that he did not even go to the hospital because he was afraid they would just amputate his leg.  He has been walking with a crutch for more than 8 years.  Finally, we can take care of him.  Another man had a femoral neck fracture in the earthquake and told me about how he looked for treatment all over the city, but no one could take care of it.   He got the idea to come to “Diquini” (address of our hospital) and we did a hemiarthroplasty. I looked at his record and amazingly my operative note was there.  Several years later he started having pain and needs to have a conversion to a total hip arthroplasty as expected.  Many of our patients with hip problems are quite young, mostly due to accidents causing femoral head or acetabular fractures.  Some others have untreated childhood hip disorders or avascular necrosis. 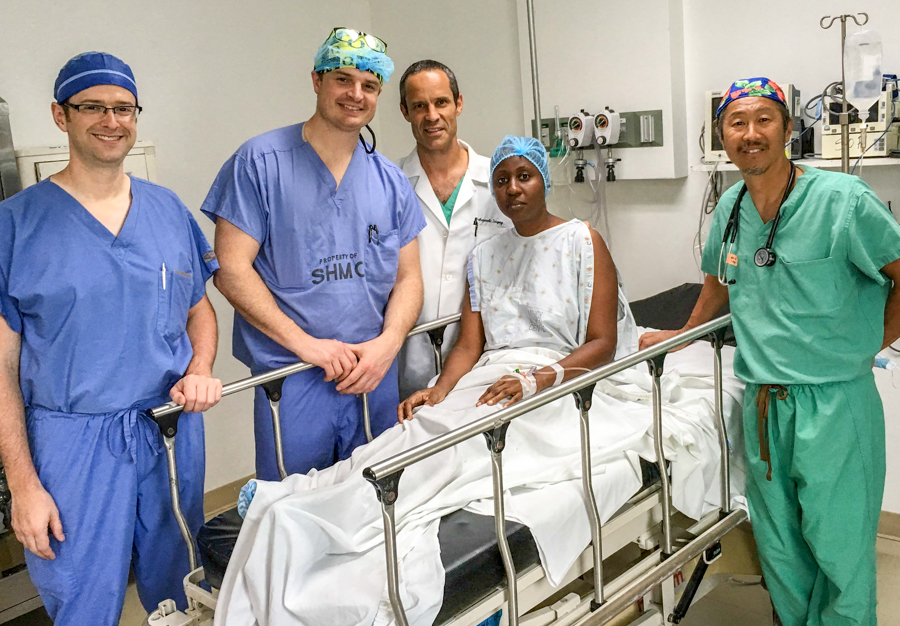 Due to the young age of our patients it is particularly important to use the highest quality implants since a failed hip replacement down the road would be quite a disaster. We have spoken to several companies about donating implants but nothing worked out until recently when I spoke to Renovis a company based in Redlands. They have top quality implants and were willing to donate them for the cause.  I would like to give a big shout out to this company not only because of their high-quality product, but for their can-do attitude, customer service, and the relative simplicity of the process for donating the implants. 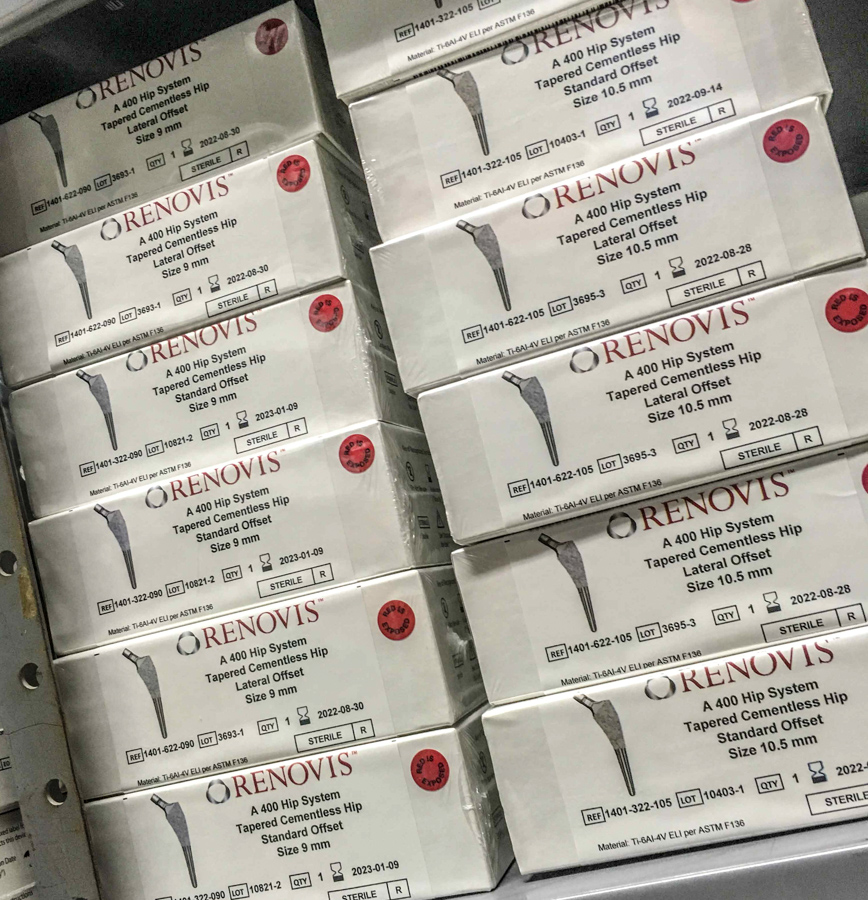 Mark Mildren (seen in action in cover photo) is a total joint specialist from Eugene, Oregon.  He finished his residency at Loma Linda University in 2016 and subsequently did a fellowship.  He came to Haiti with me as a resident in 2015.  Those years that many of us spent training Mark to become an orthopaedic surgeon are now paying off!  It is exciting to see him supersede me, operate as an attending and take the lead on cases.  It was important to find someone committed to more than just a one-time visit. Ideally, we would like to perform total joint replacement surgery here every 3 months and have a couple of surgeons that each come twice a year. Mark is building his practice, paying off loans, and has 3 kids and a wife. But since he still drives the beat-up Hyundai that was given to him by a fellow resident who was buying a new car, he has the freedom to do this sort of stuff. Even though he is an attending now, he had an overnight layover at LAX on his way down here and sat in the terminal all night to save money. 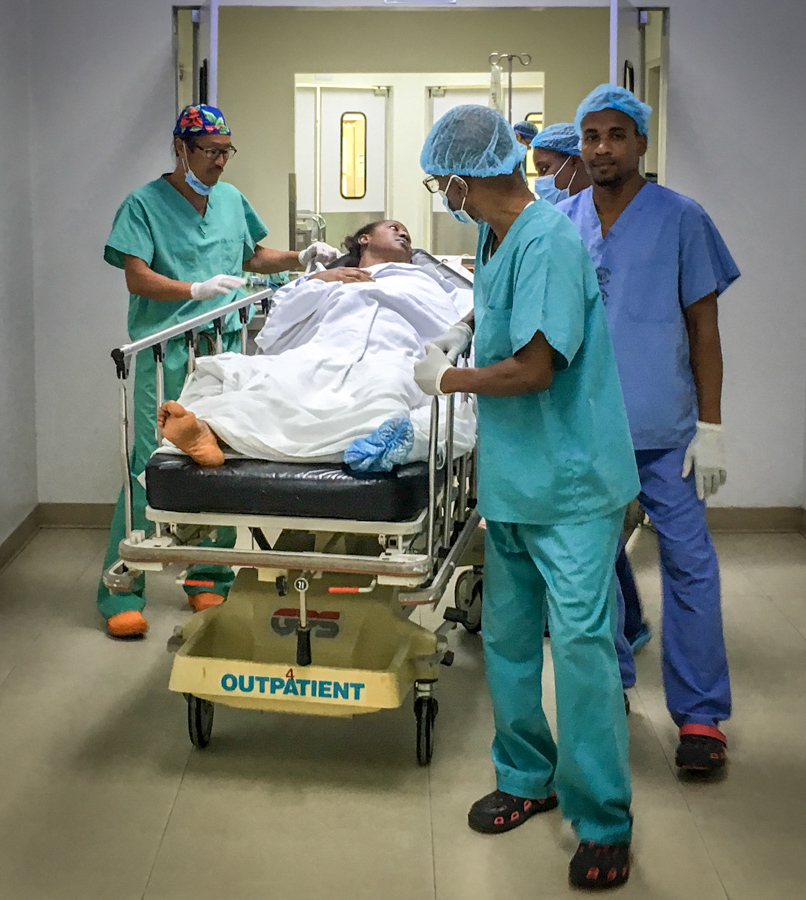 One Comment on “Total Joint Program Launched at HAH!”