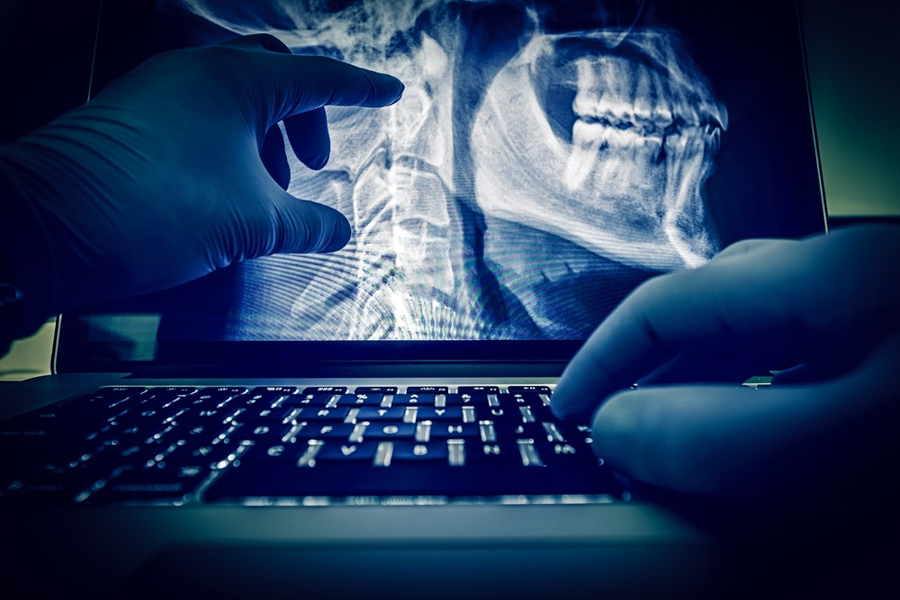 As I deplaned at MIA this morning, we were immediately directed towards an escalator leading to the Skytrain.  I stepped on to the elevator and the young man about 25 years old right in front of me fell down and dogpiled with the man next to him on top of my bag as I tried to pad his fall.  At that point, his feet were up and his head down as I struggled to lift him up.  He looked like a young healthy man and did not seem to be drunk after this short morning flight.  As I helped him up his friend explained to me that it was his “first time”.  I said “welcome to the United States of America!”.  I only know of one escalator in Haiti – it is in the arrivals hall at PAP. Out of the many times I have arrived there it has only been working once.

This experience gave perspective to some of the things we have been trying to accomplish at Hôpital Adventiste – commonplace endeavors to take us up to the next level sometimes end up in a dogpile at the bottom of the escalator as we tumble over each other trying to communicate, understand and stand up again. 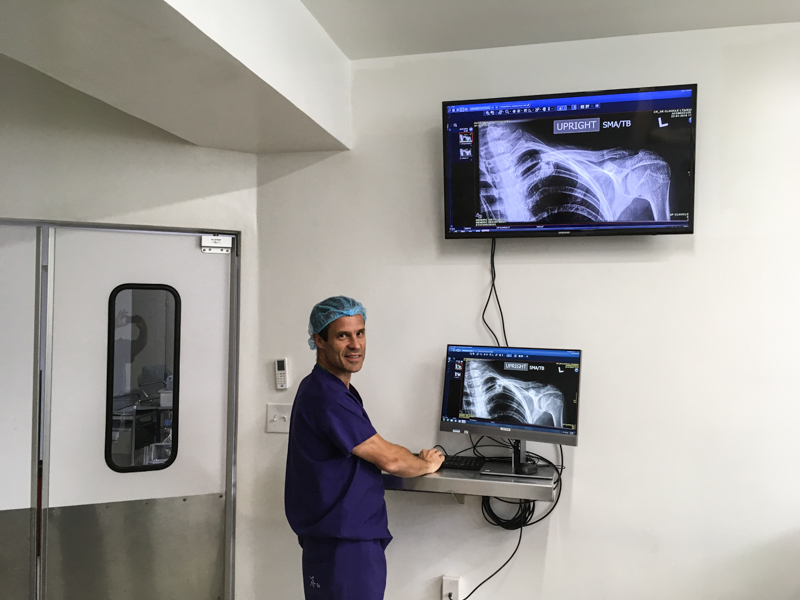 One such endeavor is our new PACS system.  Some of you may not know what that is, and the rest of us who do, still might not know what those letters stand for…Picture Archiving and Communication System.  Virtually all hospitals in the United States now have such systems which electronically store radiographic images.  This technology is to the traditional x-ray what digital cameras are to film cameras.  The way it works is by the use of a 14×17” digital detector which is the size of a standard x-ray cassette. X-rays out of any old, new, portable or stationary machine can be beamed through the patient onto the DR detector and voila! The image shows up on an adjacent computer via Bluetooth. It is then labeled, edited as necessary, and archived onto our server using an Agfa PACS database program. 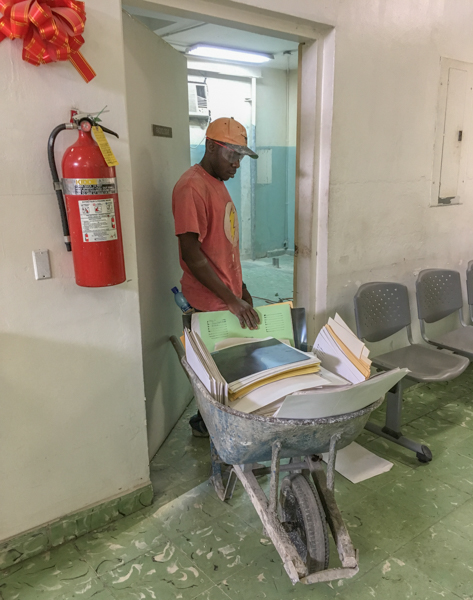 The benefits of a digital system especially at a mission hospital are many.  Film x-rays often require about $20 US of film and chemical per study.  Bypassing the need for film allows us to more easily afford x-rays for people who cannot pay and yields more profit for the folks that can.  If a poorly performed x-ray is taken then it can either be edited for clarity or retaken without wasting materials. 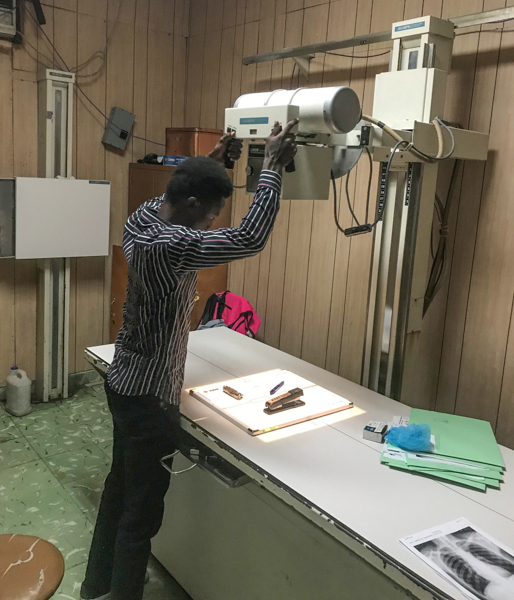 Gone is the day that you could not get an x-ray because the patient could not afford it and you did not want to put your hospital further in the lurch!  Now we are lowering our prices, creating more accessibility for the common man, woman and child with an even better quality of care than before. 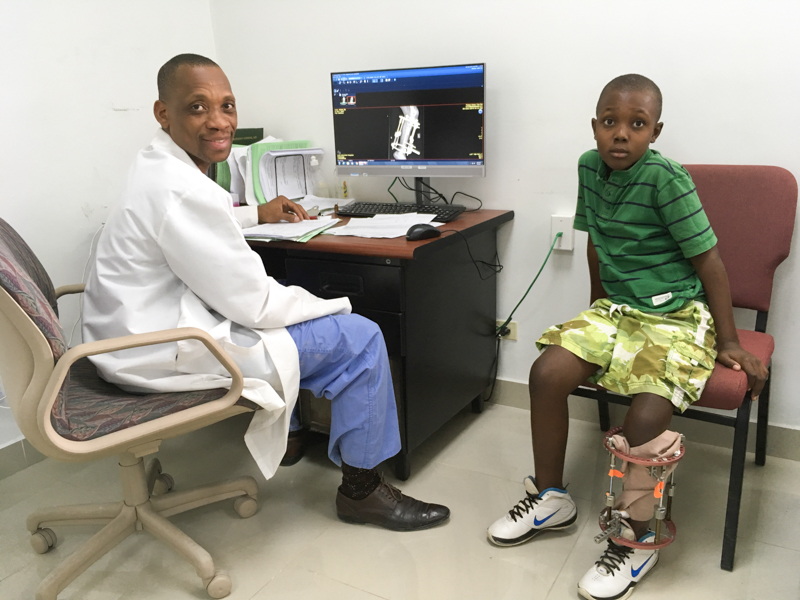 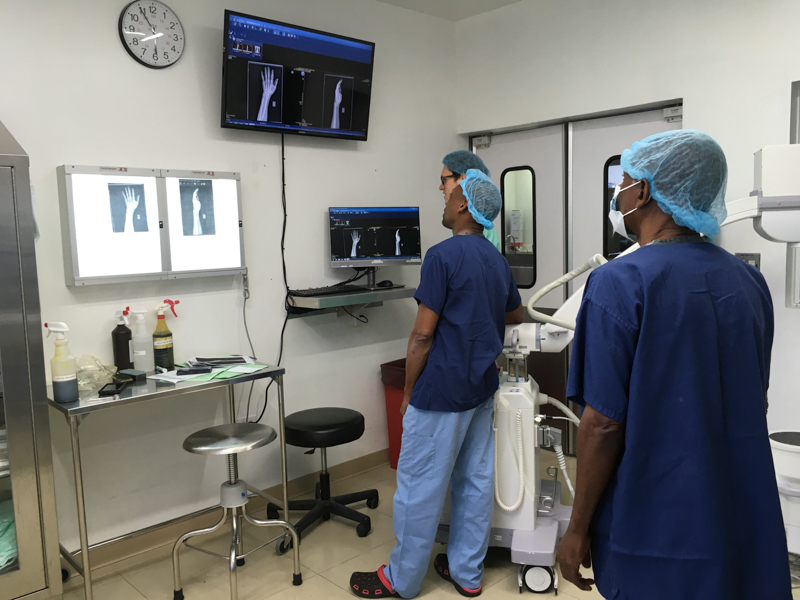 The reality of this system occurred over a cup of coffee early one morning on my way to work at LLUMC last November. I met with a friend who told me to let him know if I needed some financial support for a project in Haiti.  I presented him this idea thinking that he may be able to provide a small jumpstart for this $95,000 project.  Halfway through our cappuccinos he had heard enough of my enthusiasm to reach his hand across the table and shake on a promise to fund the whole project!  Mike Haman director of our PACS at LLUMC used his VIP status with Agfa Healthcare to strike a 70% discount on the software and then put the whole system together, travel to Port au Prince and spend a week for installation and training. 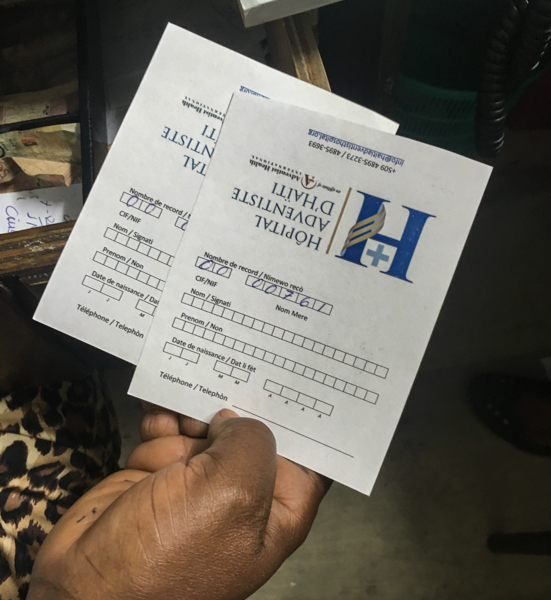 Entering good data with consistent attention to spelling and details is where we began to stumble at the bottom of the escalator.  We soon discovered that there were at least 7 existing medical record numbering schemes, with many patients having duplicate numbers. Continuing with this database nightmare would create chaos and frustration when searching for patient images. Fortunately, Jere Chrispens, our CEO is a seasoned IT executive who was able to come to the rescue.  An eighth medical record numbering system was created with a consistent 7 digits to supplant all previous systems.  It seemed like a simple scheme but various complexities arose which created moments of frustration amidst the joys of our new system.  This has now led us to create a demographic database in order to avoid duplicate record numbers, have the consistent spelling of names, and contact patients when needed.  These concepts don’t intrinsically exist in Haiti.  But by padding the falls, communicating, and helping to lift each other up we are standing on the escalator and moving to the next level. Welcome to HAH! 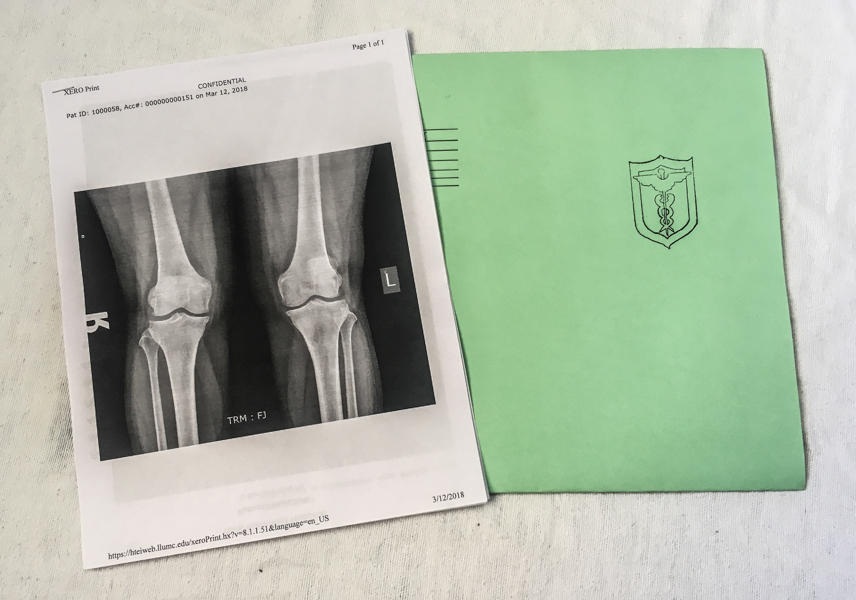 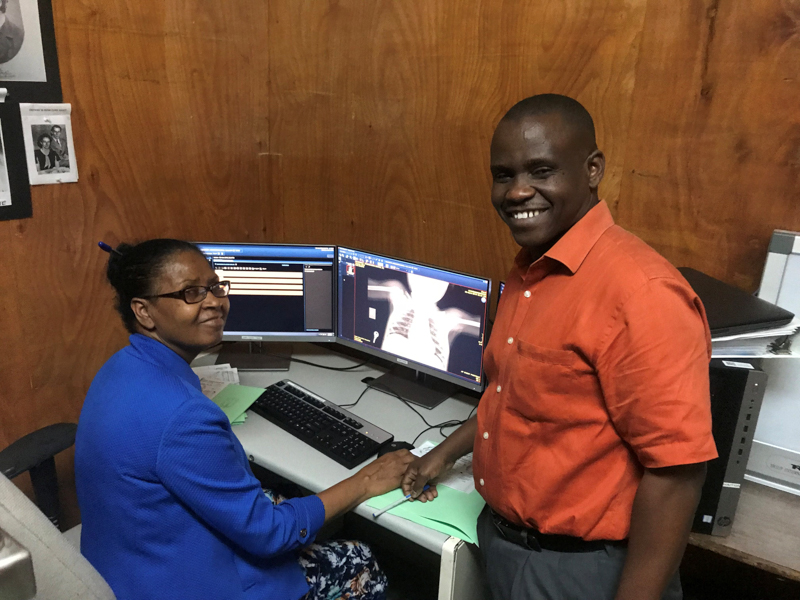