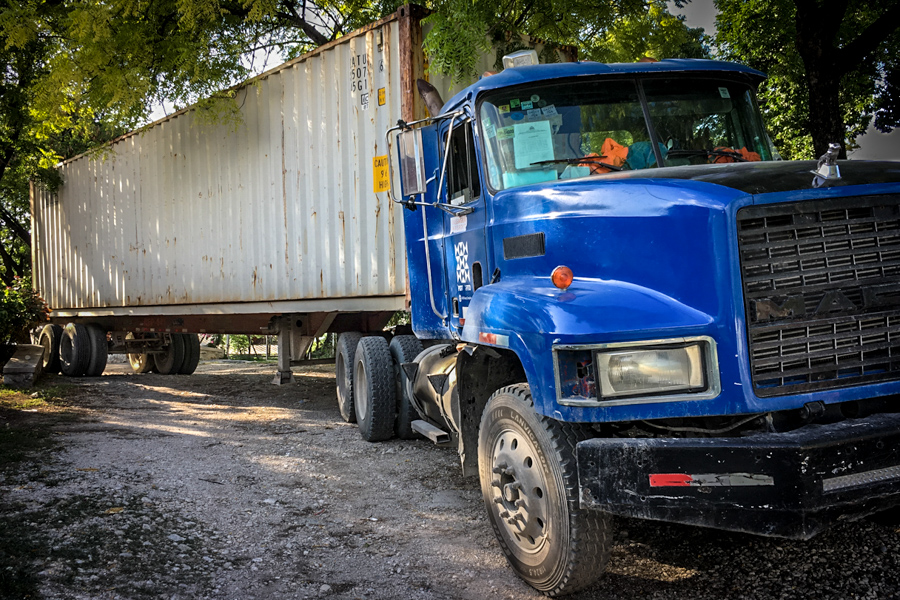 Bon Bagay means “Good Stuff” in Kreyol.  If you say it a few times it becomes addicting.  It is a fitting title for this week’s events. Team Sinai returned for their 7th trip to Hôpital Adventiste d’Haiti.  This is a group led by John Herzenberg MD one of the most respected limb deformity surgeons in the world.  His wife Merrill is the organizer of these trips which include a comprehensive team of people from 6 different countries many of whom speak French and Kreyol. 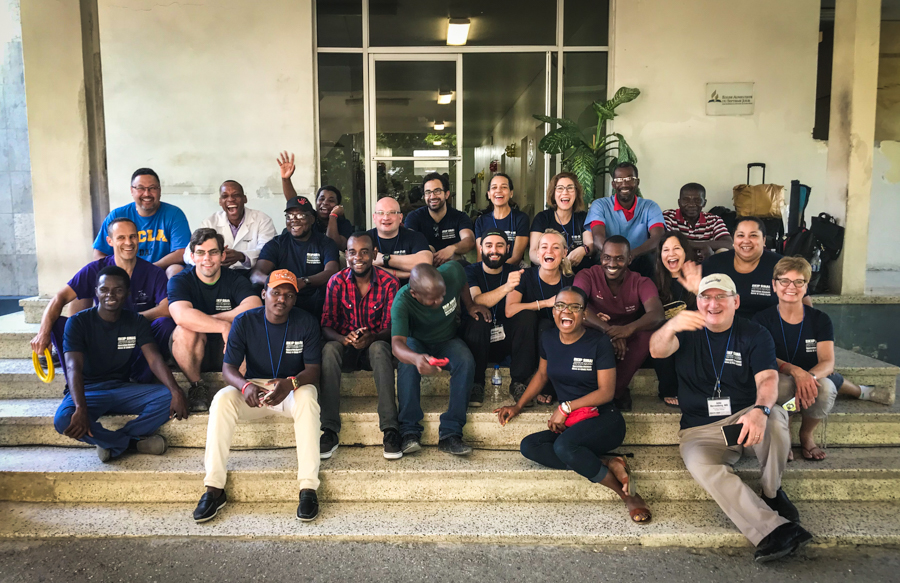 I first met Dr. Herzenberg in 2004 when I went to the Baltimore Limb Deformity Course as a young surgeon.  He is the course chairman. This course really opened my eyes to a new world of surgical possibilities and taught me many surgical concepts I had never before known.  I learned about limb alignment, bone lengthening and gradual correction of severe deformities.  There is so much to learn that I decided to repeat the course two years later and at that time I asked if I could come and spend a summer in Baltimore at the International Center for Limb Lengthening.  This was an amazing experience both for mentorship and learning.  I never dreamed that these surgeons would all come down multiple times to work with me in Haiti and the Dominican Republic.  Mothers in Europe, the Middle East, and Asia are Google searching for well-known clubfoot and limb deformity surgeons and find John Herzenberg, meanwhile, moms come across Port au Prince from some of the worst slums in the western hemisphere to Hôpital Adventiste to find the same guy.  Bon Bagay! 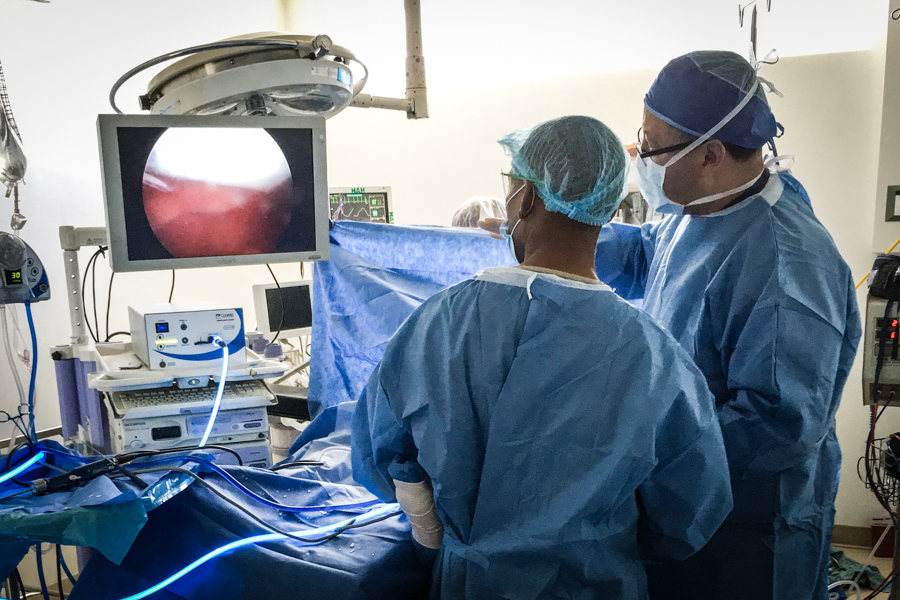 We had a great week with the team which included a lot of operations as well as a Taylor Spatial Frame workshop.  This consisted of 4 hours of lectures for local surgeons and residents and then another 4-hour laboratory session to teach hands-on application of the TSF (graduates pictured in banner image). 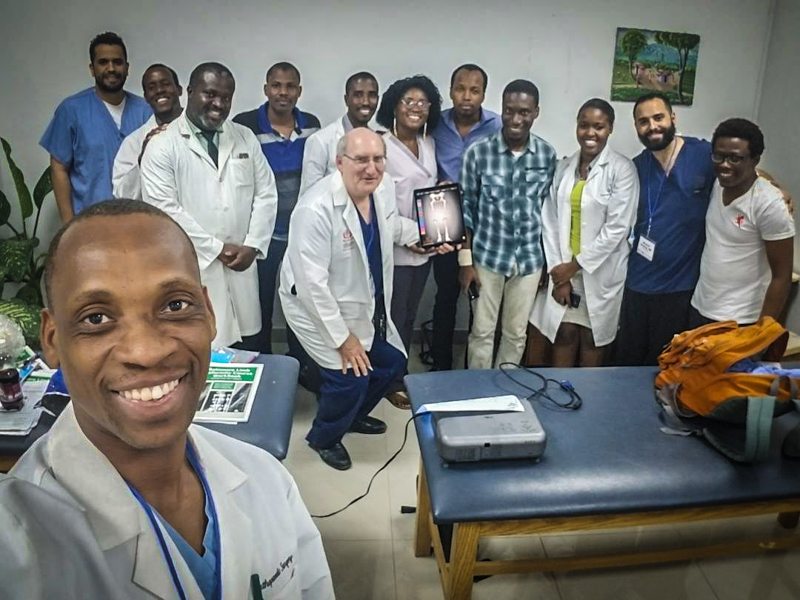 Attendees of the TSF course 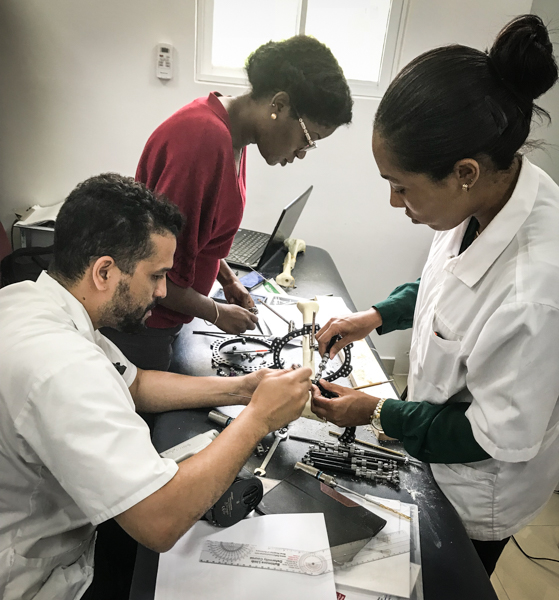 Students learning how to assemble the TSF frames

For those of you who are not familiar, TSF is a type of external fixator used for limb lengthening as well as gradual correction of various deformities.  It is based on a mathematical theorem that allows you to correct all kinds of exotic deformities but requires some computer programming in order to do so. 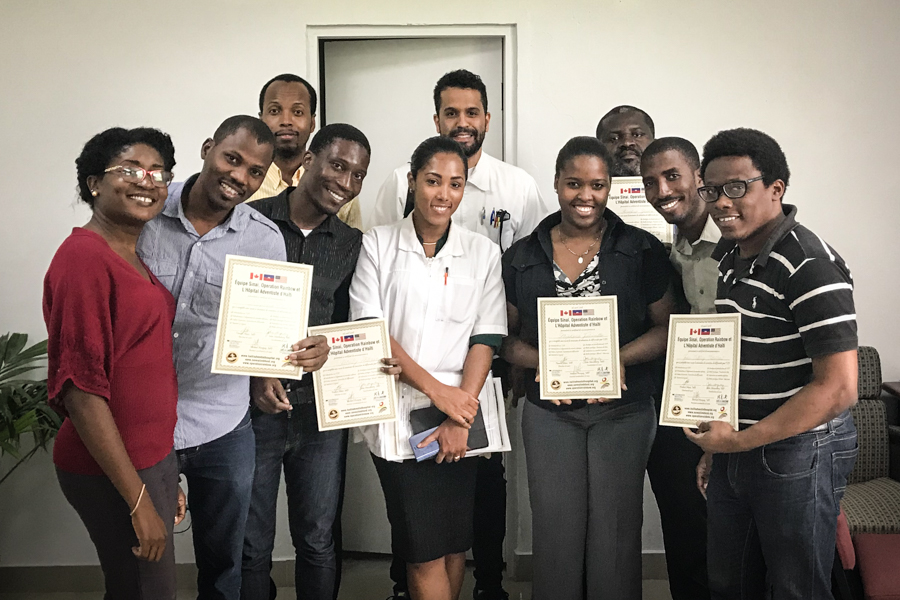 Meanwhile, a lot of other Bon Bagay is occurring at the hospital.  Last week a CT scanner arrived from Florida Hospital (see banner image).  There are only 2 others to my knowledge in the country and one of them is usually broken down. 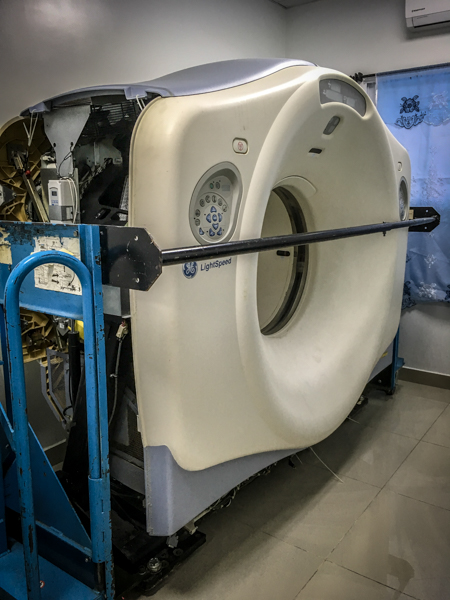 The installation for this is quite complex as it needs a 480V line, so if you have cancer please don’t stand by until we get this thing up and going, it could be a little while yet. Thankfully we have an electrical master, JT Haas on site who is getting the job done.  Previously he was in charge of power distribution for the central coast for Pacific Gas and Electric.  He recently retired and is giving his time and expertise to help us solve some major issues. 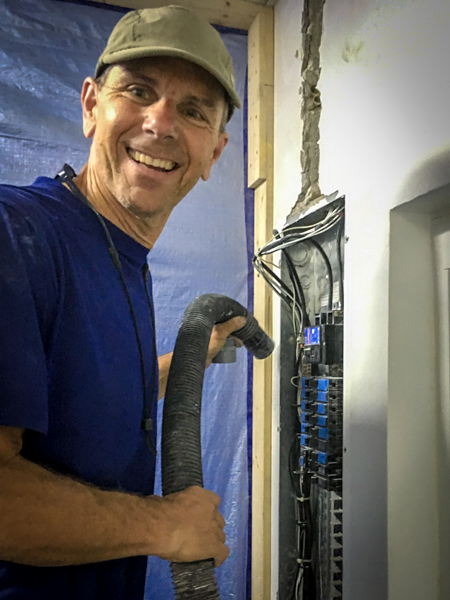 We were told these issues would cost about two or three hundred thousand dollars to fix, but by redistributing some of our power and working out some practical solutions JT is going to have the job done for less than $30,000.  Bon Bagay! 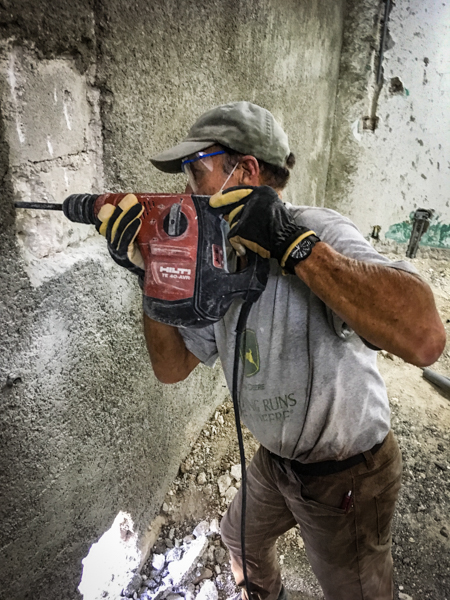