First Cases In New OR! 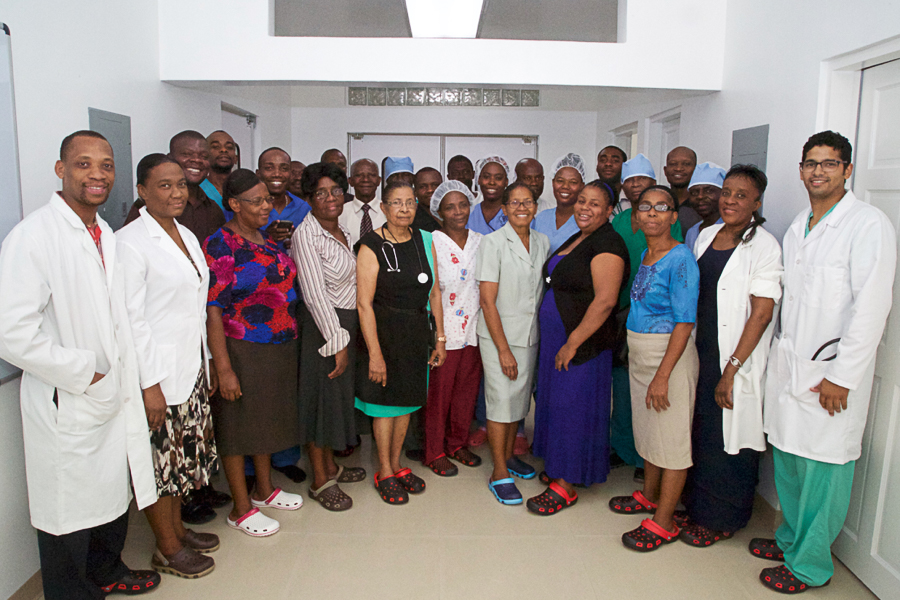 The following post was written by Dr. Alex Coutsoumpos (far right in banner image above), a newly graduated general surgeon who, along with his family, has made a several year commitment to Hopital Adventiste d’Haiti.  After months of anticipation, the big day has finally arrived and the first surgical case was successfully performed in the newly renovated operating theater.

For the past couple of weeks the halls of Hopital Adventist d’Haiti have been abuzz with excitement regarding all the visible changes going on at our hospital.  Dan Brown, our facilities manager/construction extraordinaire, has been orchestrating simultaneous projects for the renovation of one hospital wing, building a new clinical laboratory and renovating the operating rooms.  This past week one of those projects was completed.

On Thursday, October 8, 2015, the operating rooms were opened for surgery after a special prayer of dedication (see banner image above).    This event would not have been possible if it were not for the operating room staff that tirelessly worked in between surgical cases to complete an inventory and organize a myriad of surgical items in preparation for the move to the new operating rooms over the last month and a half.  The move itself occurred over a period of three days, in which new donated equipment was transported in from storage, old indispensable equipment was refurbished, surgical supplies stocked and the new space cleaned from top to bottom. 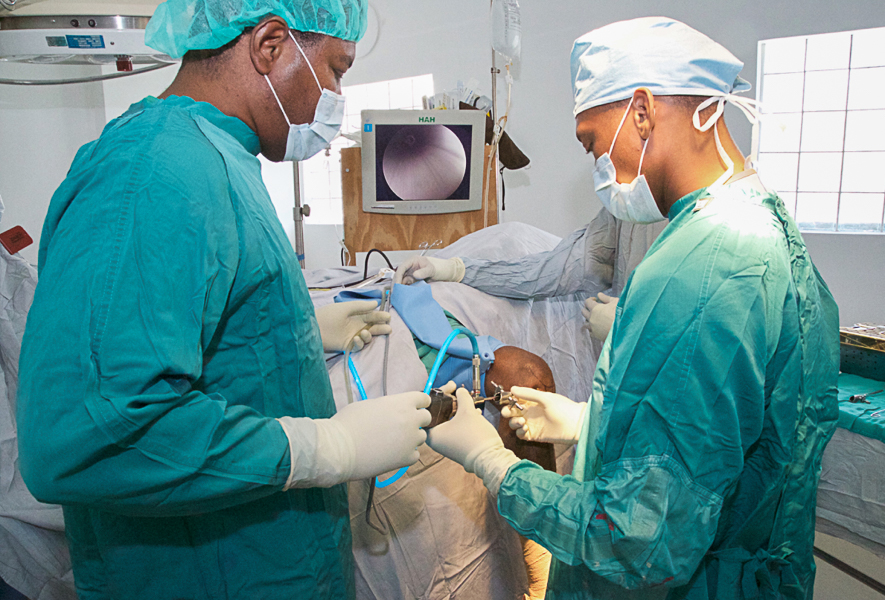 Following the dedicatory service, Dr. Alexis, and his assistant, Dr. Thierry Rosarion completed the first two cases in the new operating rooms.  The first case was a knee arthroscopy and the second case was a forearm debridement in a young child who had developed osteomyelitis after surgical repair for an ulnar fracture at an outside facility.  Fortunately, both cases were completed without any major glitches.

The determined work of Dr. Elie Honorie, Dr. Scott Nelson, Dan Brown, Edward Martin, the hospital administration, the donors and the hospital staff is truly appreciated.  Without this group of people the completion of this important project would not have been possible. 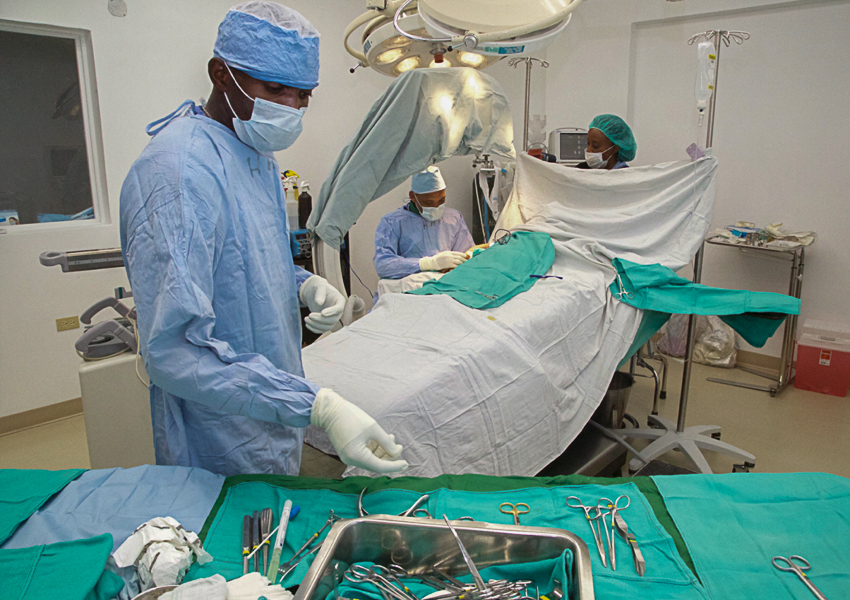 Though the hospital still faces many difficulties there is a burgeoning sense of optimism for the institution.   Many staff members have approached the administration to share their words of affirmation for the work that is currently being done to improve the hospital and its future.  For many, the opening of the new operating rooms is not a just a symbol of change to come, but the realization of a new chapter for the institution.