Kafou: Past Present and Future 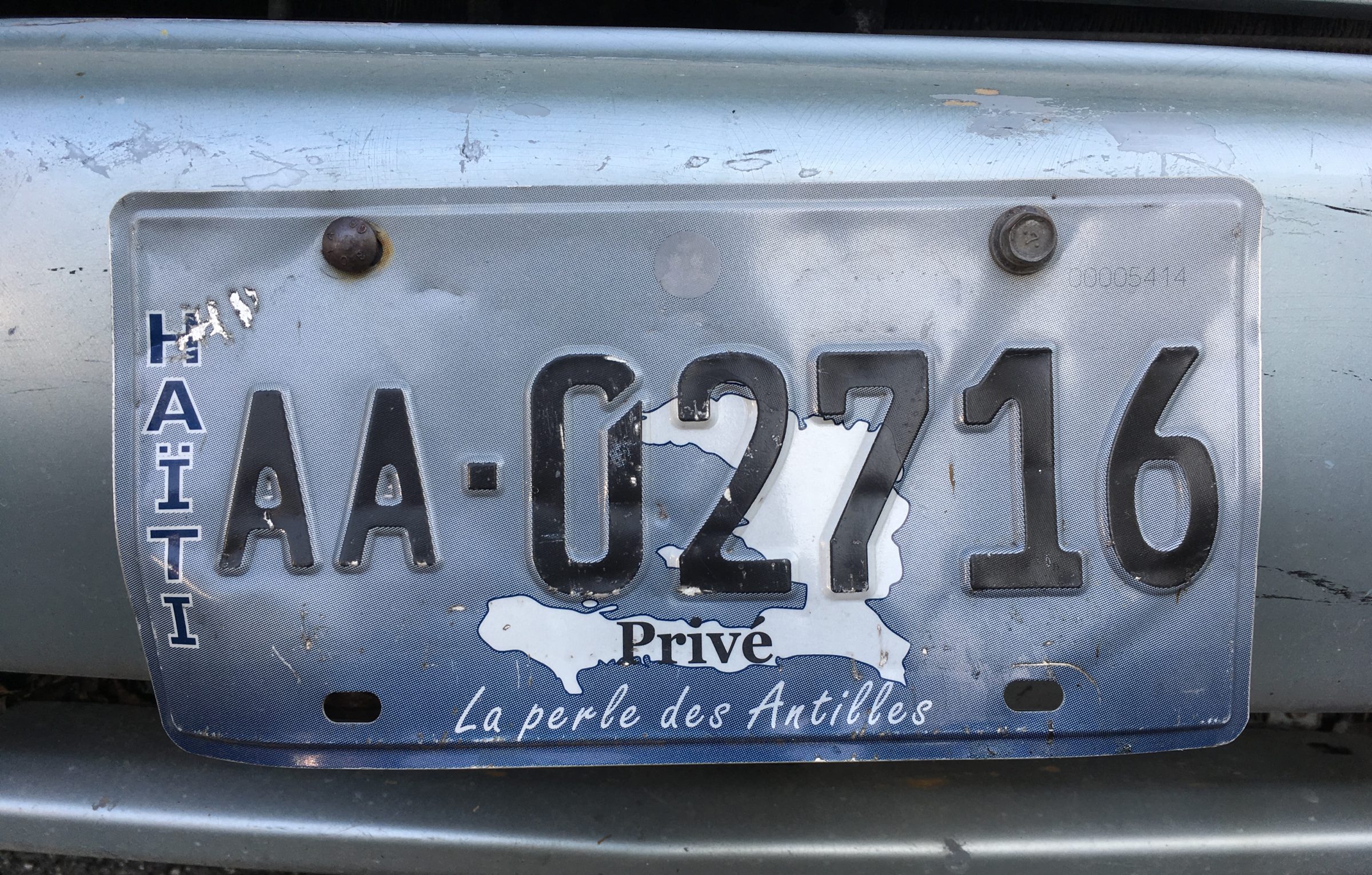 Kafou, pronounced as written, is the Creole spelling of Carrefour. French words always have a bunch of unpronounced letters and the R’s have to come from down in the throat which is not easy if you are not a native French speaker. Haitian Creole has simplified all that. Kafou/Carrefour is the name of the suburb where we live, just 4 miles from the center of Port au Prince. 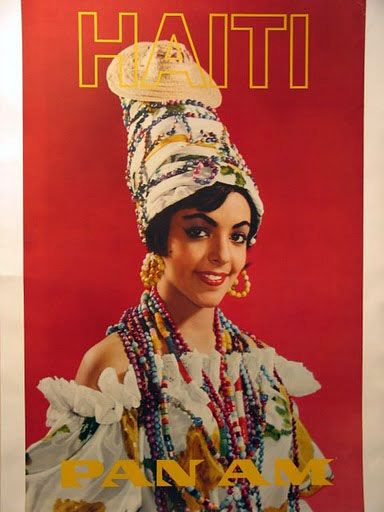 Haiti, once a popular tourist destination.

It literally means crossroad. This is a sprawling area with about a half million people that once was a peaceful retreat from the bustling downtown area. Our main street was formerly called Boulevard des Amandes (almond) with almond trees that beautifully lined each side of the street. People came and enjoyed tropical resorts along the Rivière Froid (cold river), and just a few minutes down the road, sugar cane fields hid the unspoiled tropical beaches.

In the early 1900’s the Adventists bought a large area of land in Carrefour and built a university and a medical clinic. And in 1981 construction on Hôpital Adventiste d’Haiti was completed and the doors were opened for service. The hospital was well designed, constructed to the highest standards, and furnished with quality equipment. There is a central atrium area which was created to pull fresh air through the building as warmer inside air rises and exits out top of the atrium. The original layout included kitchen, cafeteria, laundry, workshop, morgue, lab, x-ray, storage, administration, physical therapy, outpatient clinics, emergency room, and several inpatient areas. 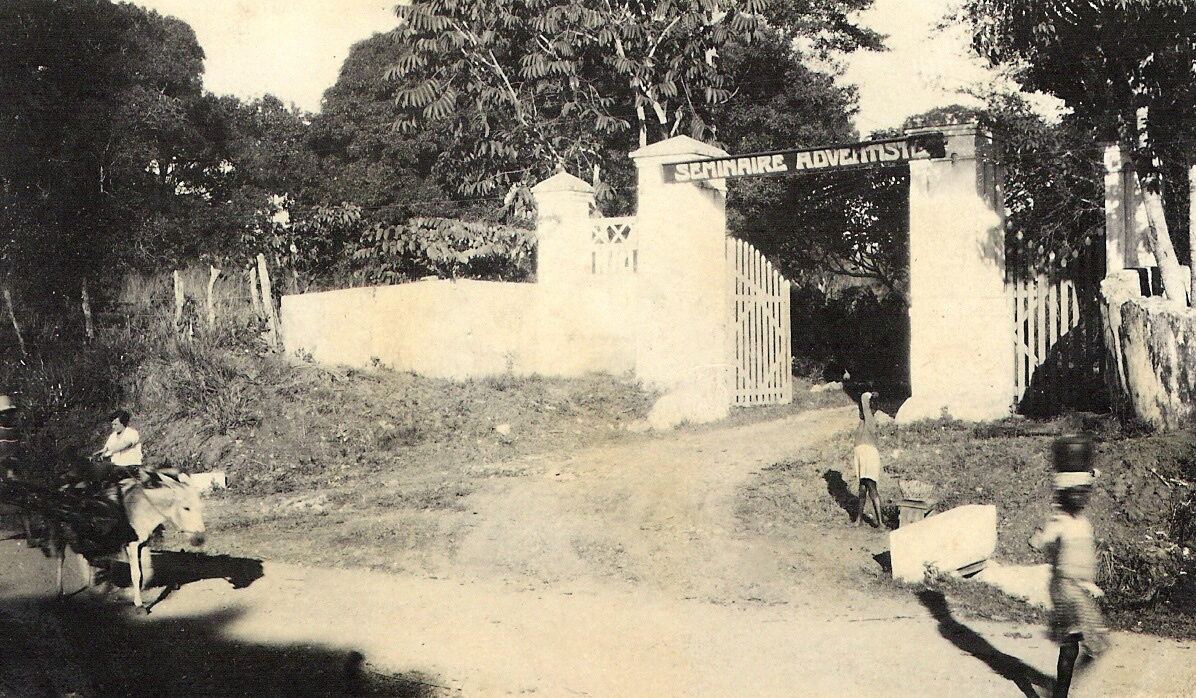 Entrance to Université Adventiste d’Haïti circa 1930, adjacent to the current location of Hôpital Adventist d’Haiti.

One can only imagine the glorious day of that grand opening. I am sure the visitors were impressed with the walk in refrigerator/freezer in the kitchen and all the beautifully crafted orange and white cabinets in the OR. 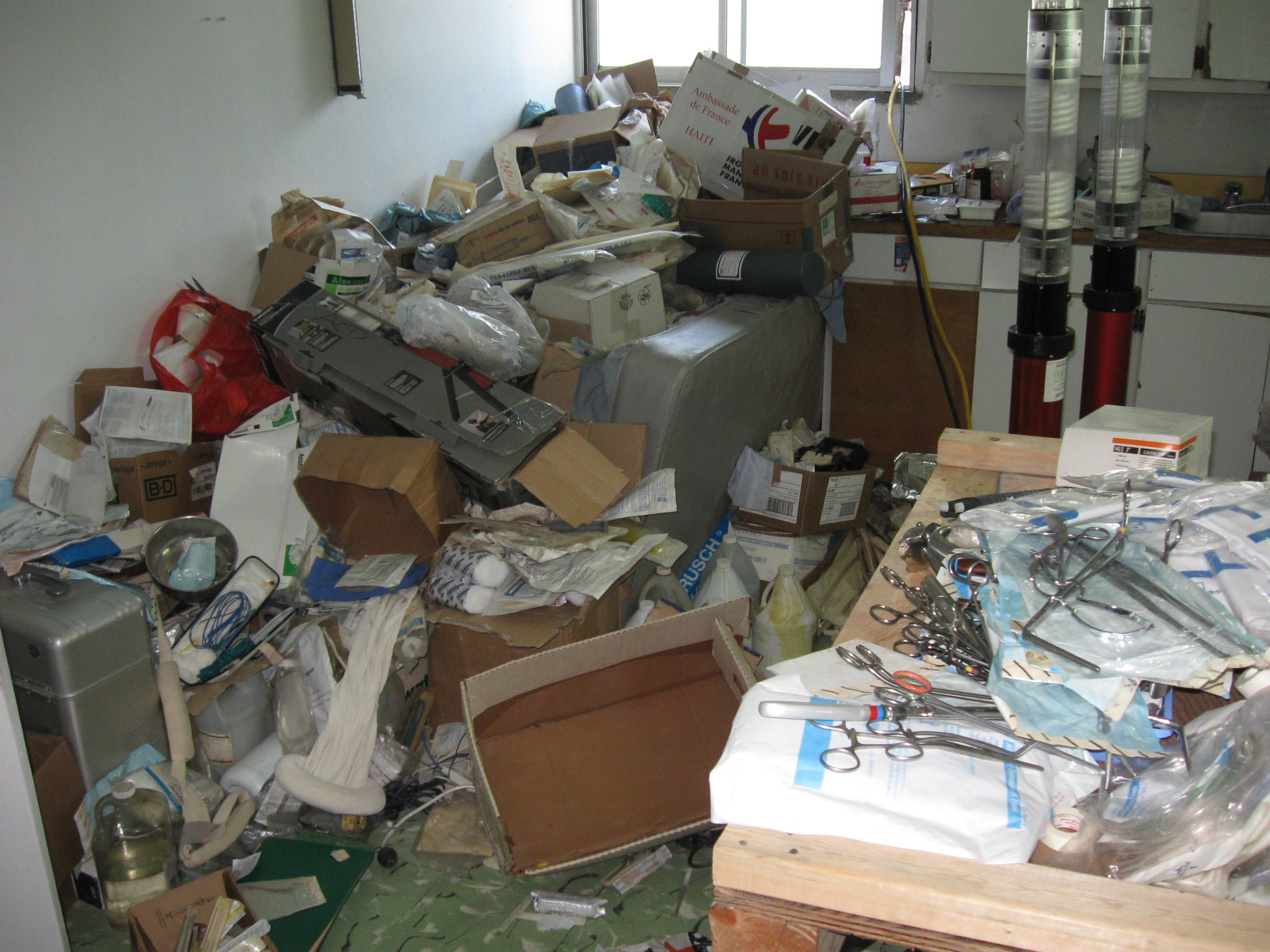 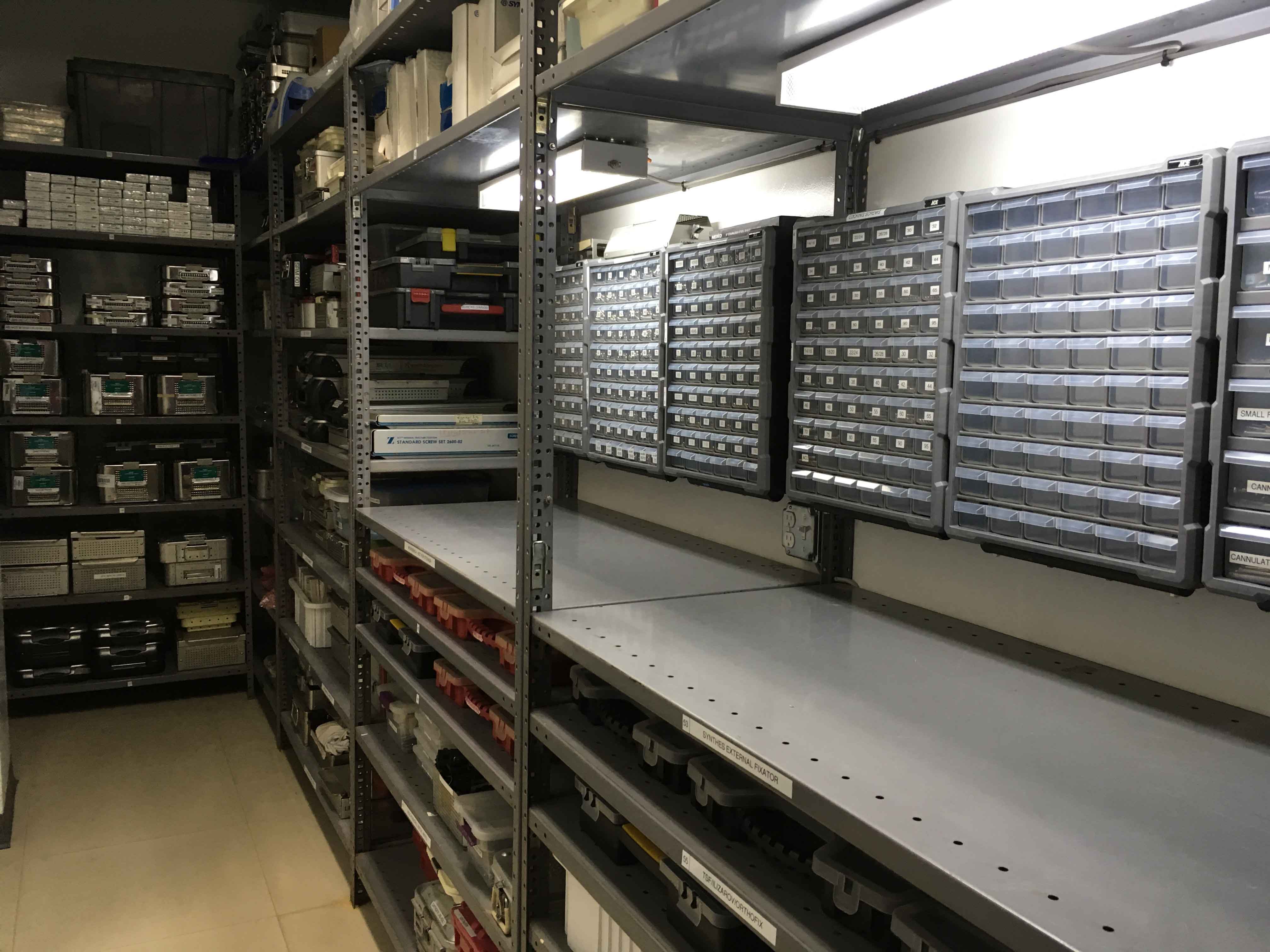 The new Adventist mission hospital soon gained a national reputation for high quality services. Nostalgia is probably not reality and I am sure there were many of challenges that existed back then. Nonetheless there must have been a spirit of service and mission zeal that built the early reputation of the hospital. 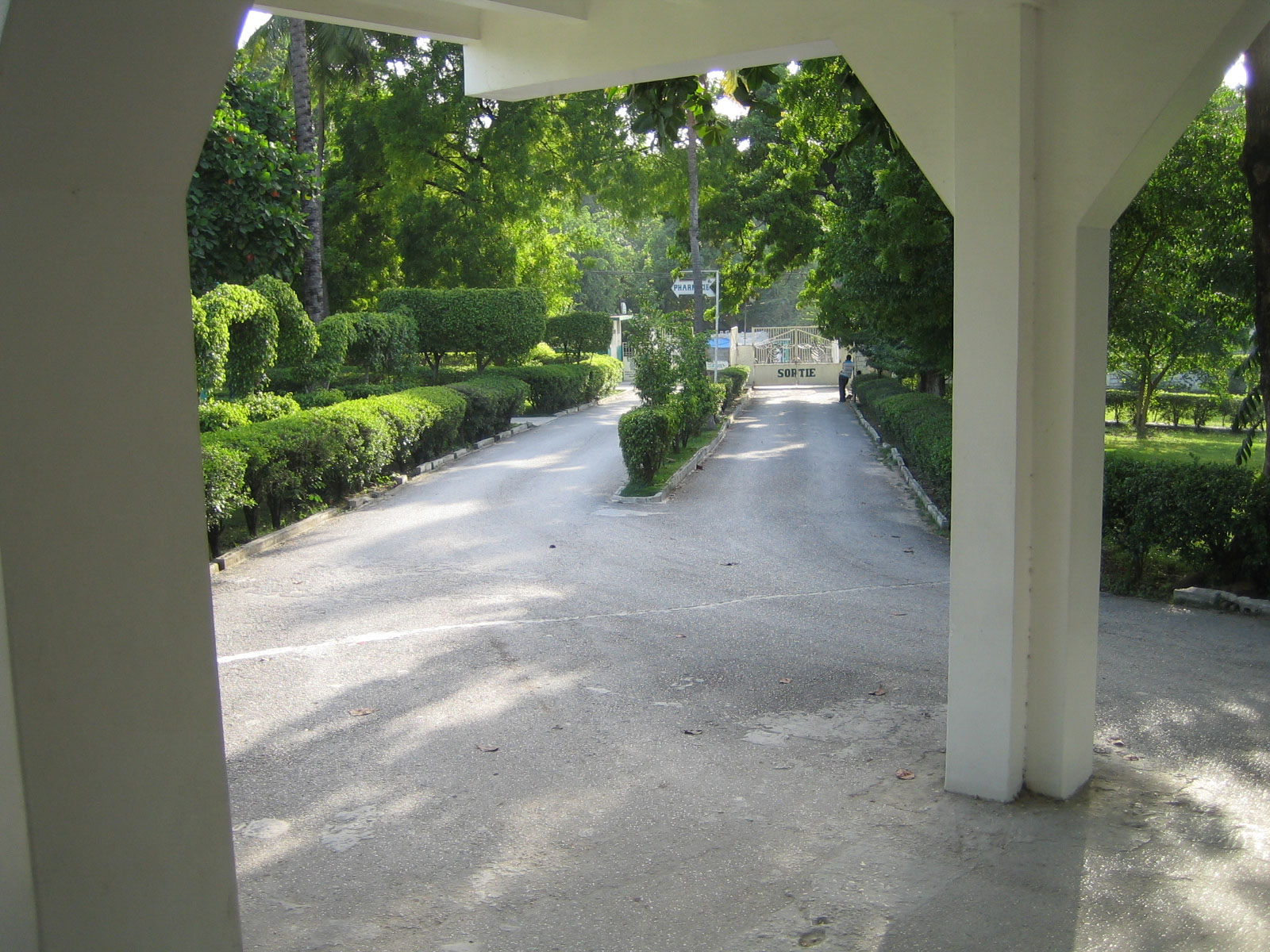 I first visited HAH in 2005. I remember being impressed by the peaceful campus of the hospital where nature was, and still is relatively well preserved. With massive environmental destruction in the overpopulated city of Port au Prince, the open space and shady trees of our hospital are a welcome respite. When I look through old photos of my years visiting and working at HAH it is interesting to notice the changes, some major improvements, other things that need attention, and some things that were fixed up and now need another round of major work. In the tropical climate, paint peels, metal rusts, and mold grows. But that is OK, because when I see the old photos of myself 10 years ago, I also realize that there has been some deterioration. 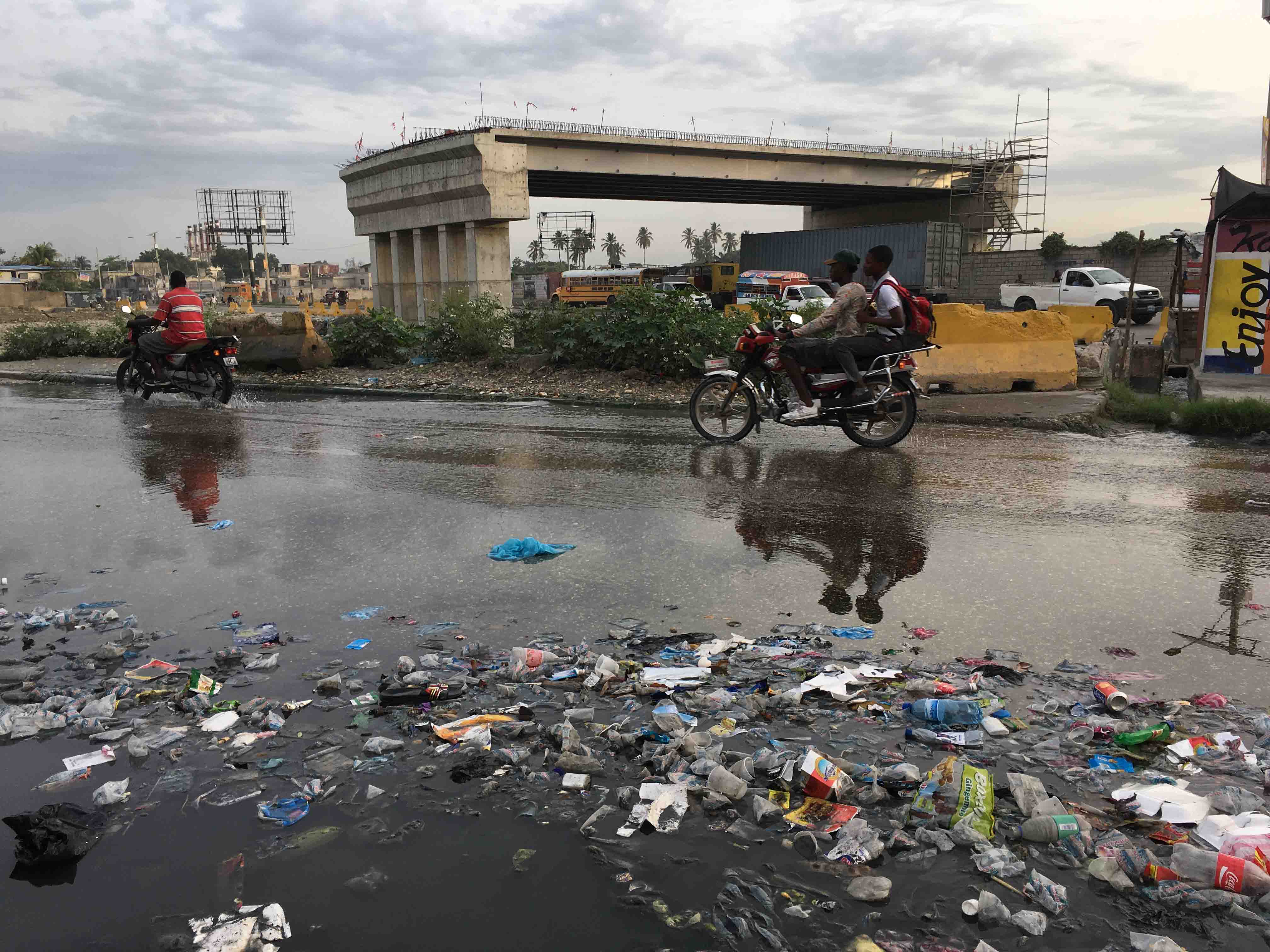 Construction on Kafou bridge. With billions of dollars unaccounted for by the government, the project has made no progress for several years.

Well, we have a lot of work to do… but a lot is getting done. In spite of the natural tendency for deterioration, things are improving little by little at Hôpital Adventiste. Yesterday in our radiology department I was mesmerized when I saw a painting by a local artist depicting a utopian Port au Prince. 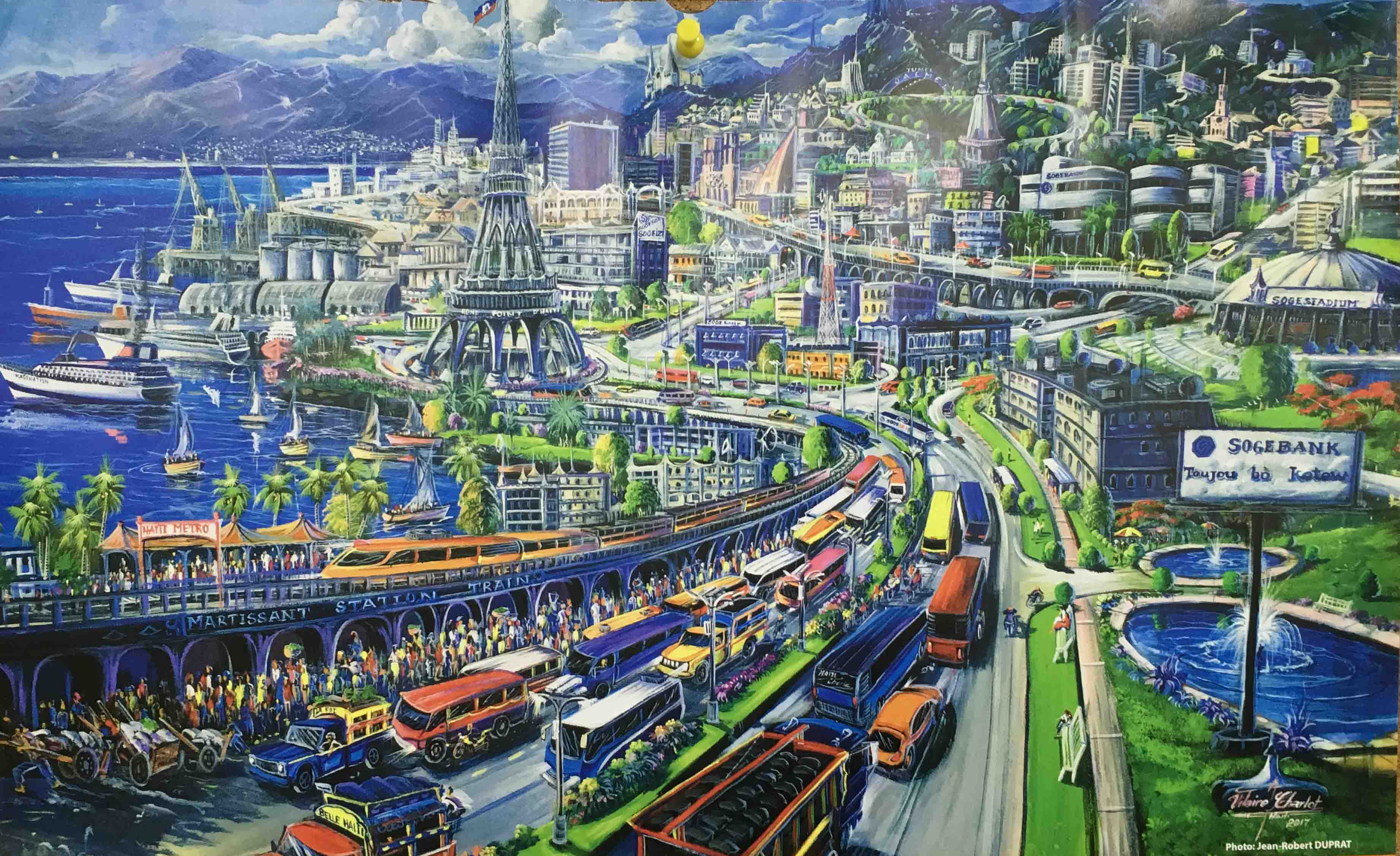 Utopian Haiti. The folks pushing carts in the streets and tap taps still providing transportation adds a bit of reality.

Note the modern elevated metro coming into the Martissant Train Station. (Martissant, our neighboring suburb now notorious for gang violence, surpassing cite de soliel as one of the most dangerous areas of urban decay in the western hemisphere) Notice the green grass and clean blue fountains flowing forth with fresh water. Just imagine someday boarding the metro at the Carrefour station for a 20 min ride to Aèroport International Toussaint Louverture where today that 7 mile commute can sometimes take a couple of hours. We might not have the ability to help make all that possible. But with the Lord’s blessings and all of you supporters, the utopian Hôpital Adventiste can be a reality. And it can be a place where people come for healing and a place where people experience a piece of God’s kingdom. 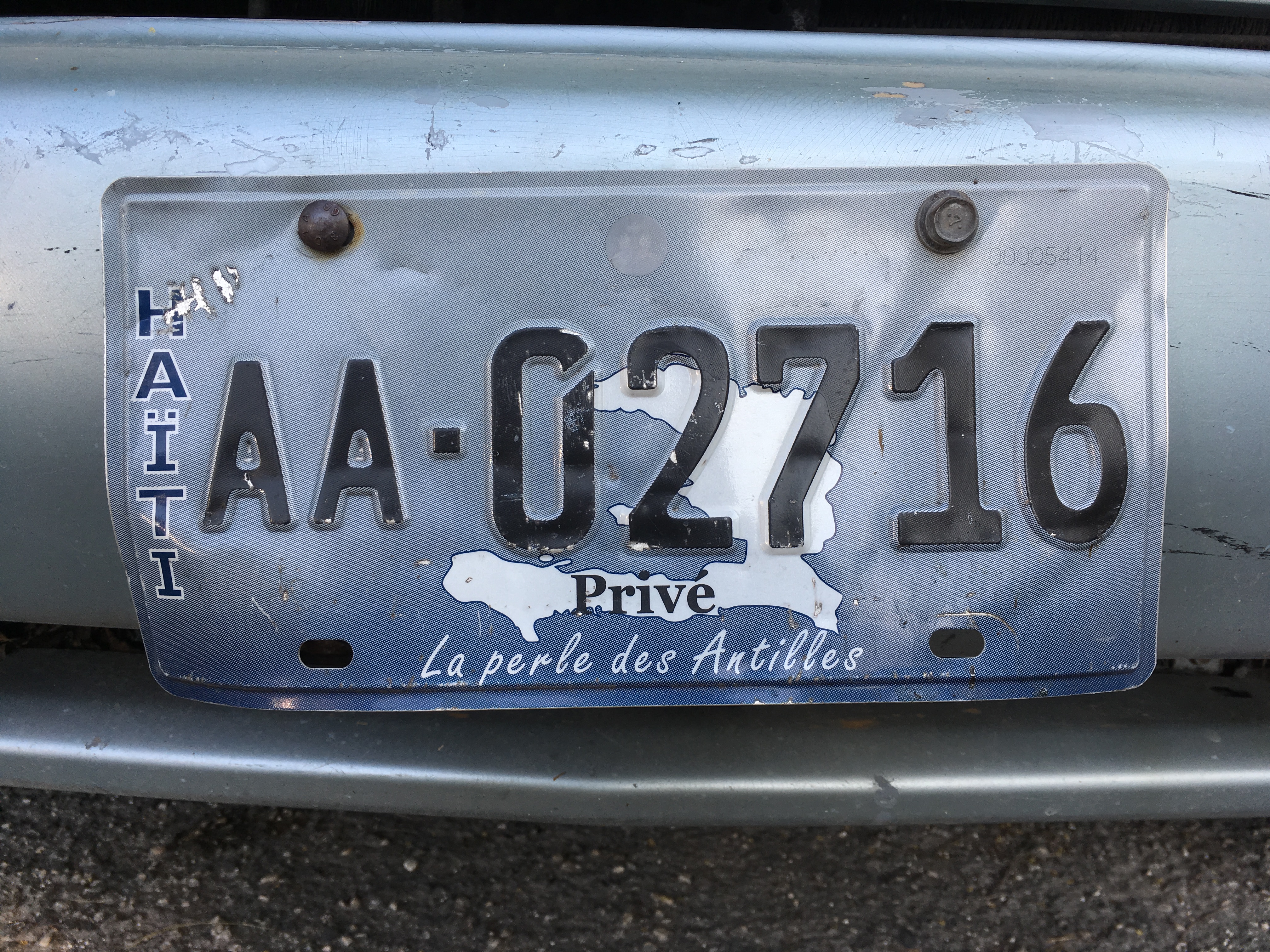