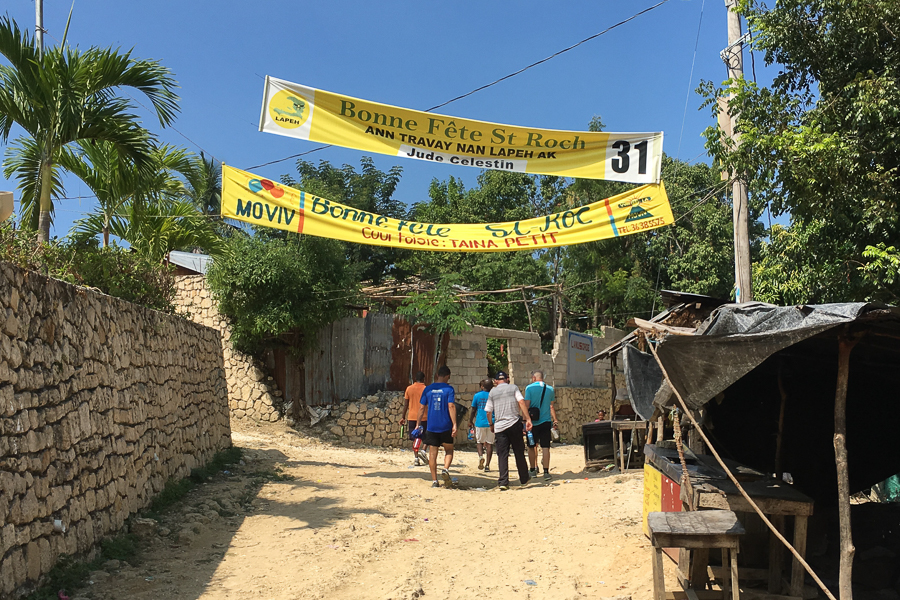 Since Hopital Adventiste is a Seventh-day Adventist sponsored facility, no elective surgery is performed on the 7th day Sabbath.  Obviously, this mandate is set aside when it comes to emergent cases that present to the trauma bay.  Around midnight this morning we were awakened by the Chief of Surgery, Dr Alex Coutsoumpus, who informed us that there was a gentleman admitted to the hospital who presented with a severe crush injury to his left hand sustained while unloading grain from a ship. 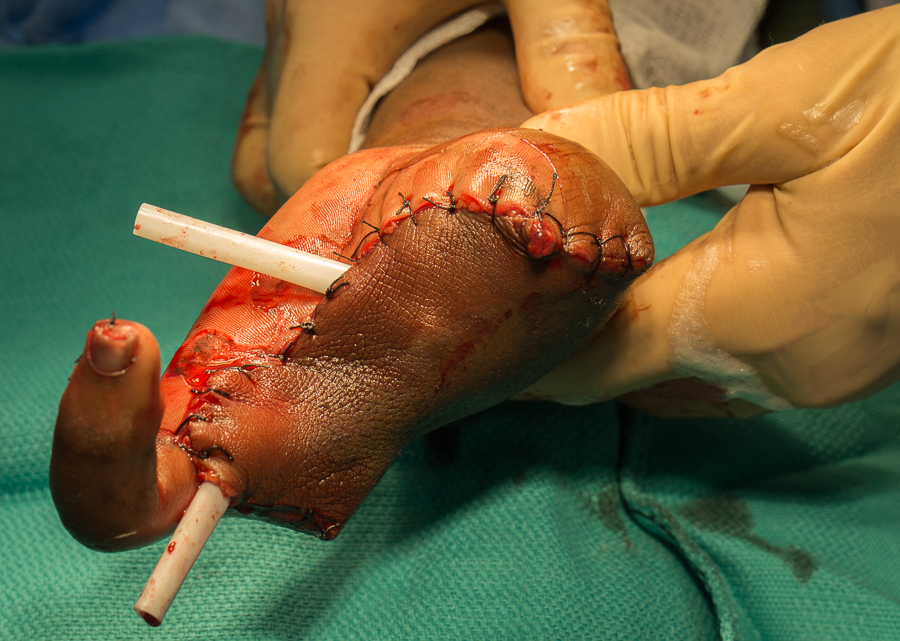 Unfortunately, the patient presented with most of his hand missing including the thumb, index, middle and ring fingers. The small finger was the only digit that remained viable. The small white tubes are Penrose drains that will be removed in a couple of days.

We got back to bed around 2 am and slept well until rising to attend the Sabbath service down the road from the hospital.  All of the service was conducted in French but we were inspired by the boisterous which was boisterous and heartfelt.  When we first arrived the Sabbath School was in full swing and lesson study was a cacophony of loud and enthusiastic discussion (click on audio clip below) which apparently didn’t seem to distract from the overall experience for most worshipers. 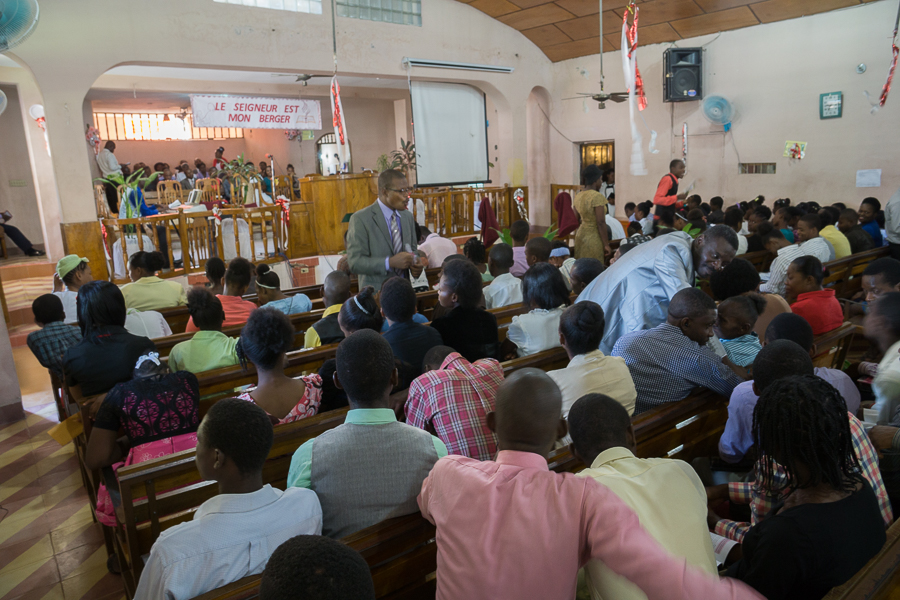 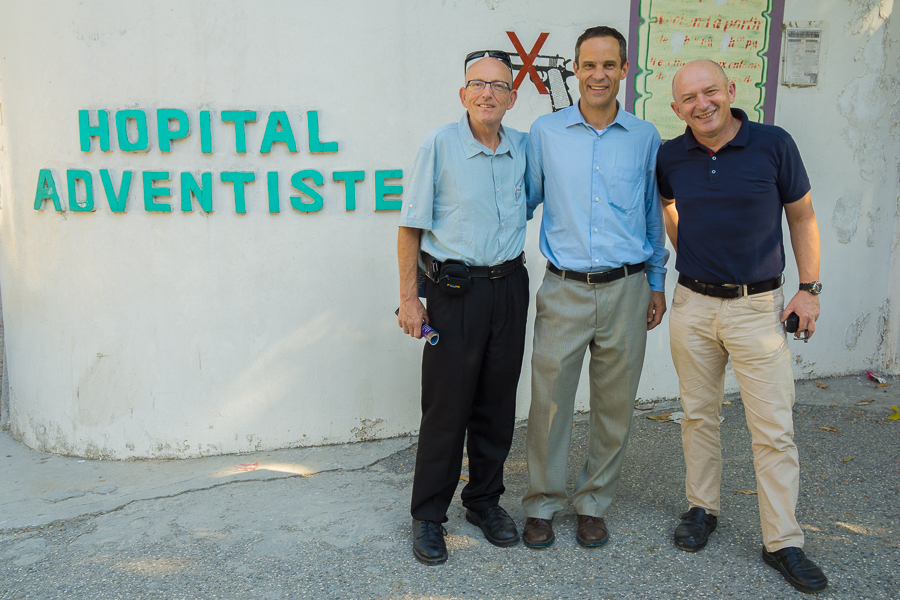 After church we navigated through the streets to return to the relative safety of the HAH campus. Note the “no guns allowed” graffic. 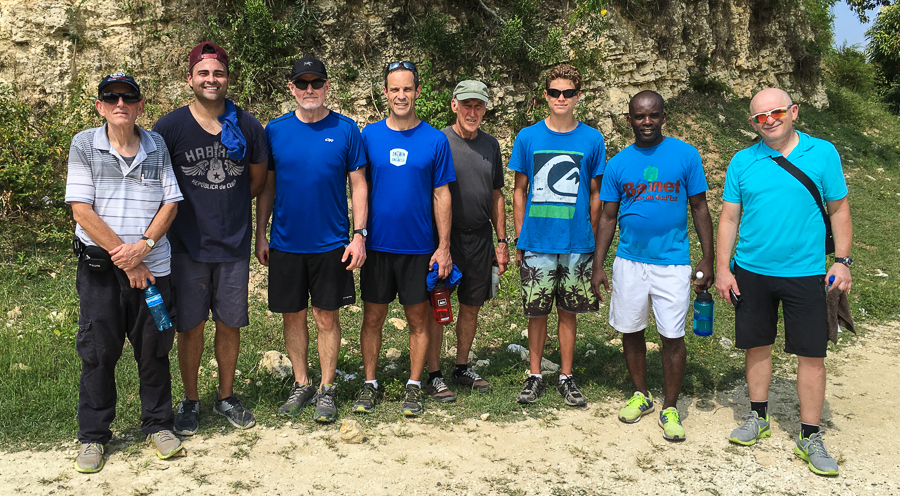 After church then lunch we embarked on Scott’s infamous “Death March” consisting of a 7 mile hike up into the hills in 90 degree heat and seemingly close to 100% humidity. Survivors from L to R are: Noam Bor, Saif Zaman, Jim Matiko, Scott Nelson, Peter Nelson, Alex Nelson, Roosevelt and Mark Eidelman. 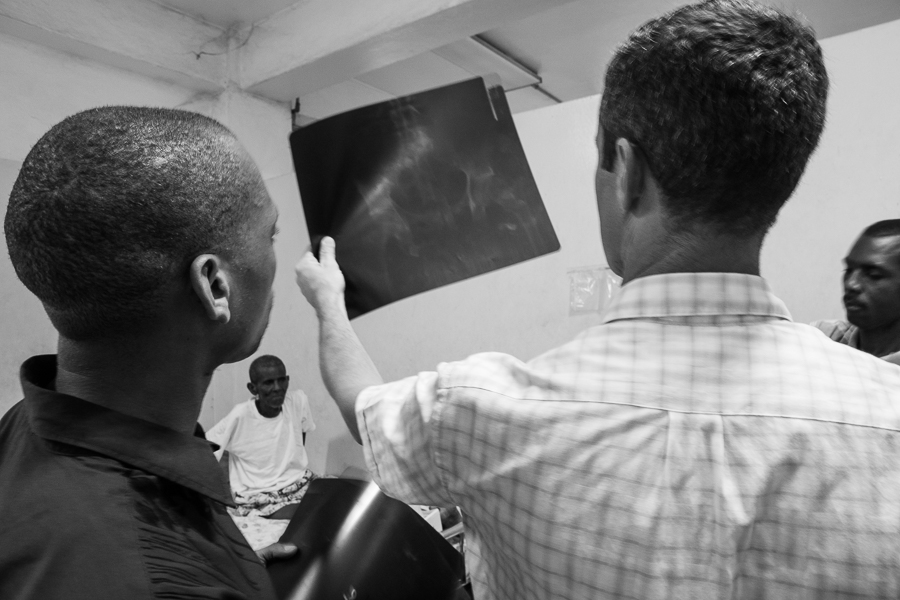 In in the afternoon we all drove downtown to visit a large trauma hospital in the midst of Port au Prince. There we had the opportunity to review some of the xrays of patients awaiting operative intervention 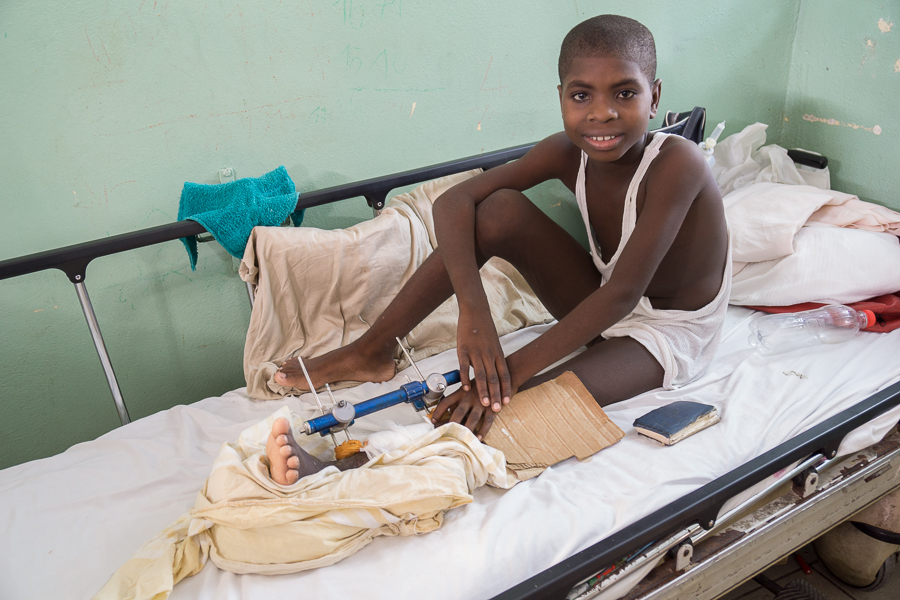 This young man with an open tibia fracture and subsequent external fixation begged me to take his photo. He had already been in the hospital for over two months and seemed perpetually optimistic. 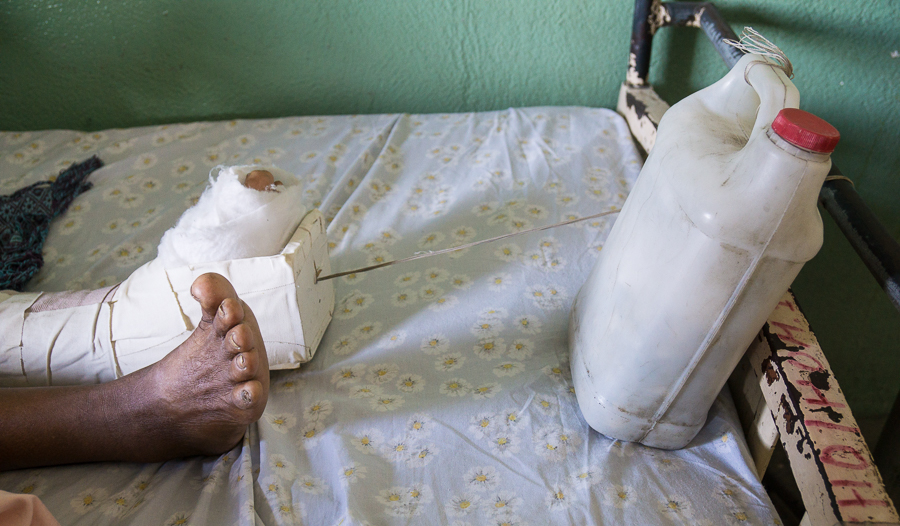 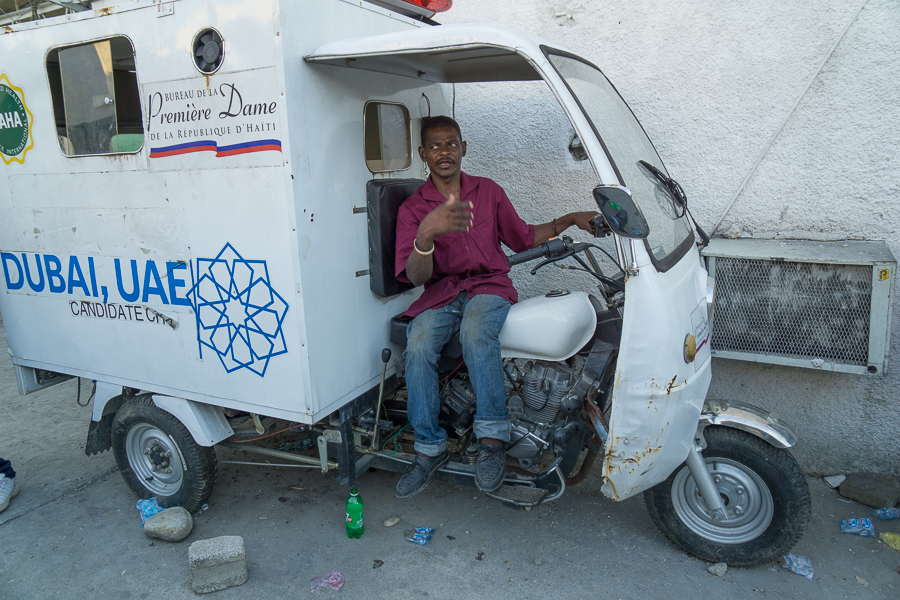 We stopped off to view the ruins of the Cathedral of Our Lady of the Assumption. The church was built between 1884 and 1914 and was destroyed in the January 12, 2010 earthquake. 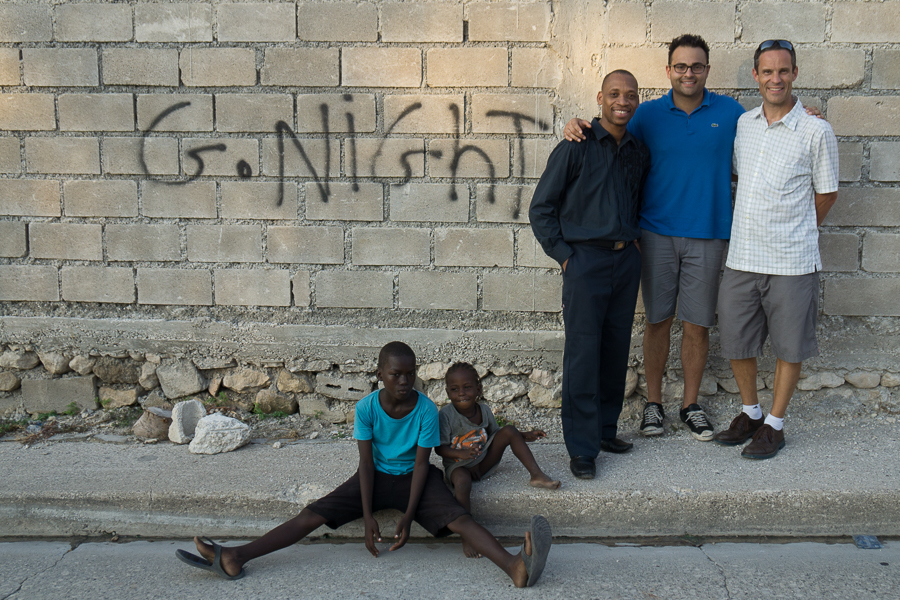 Francel, Saif and Scott posing outside of the Cathedral of Our Lady of the Assumption 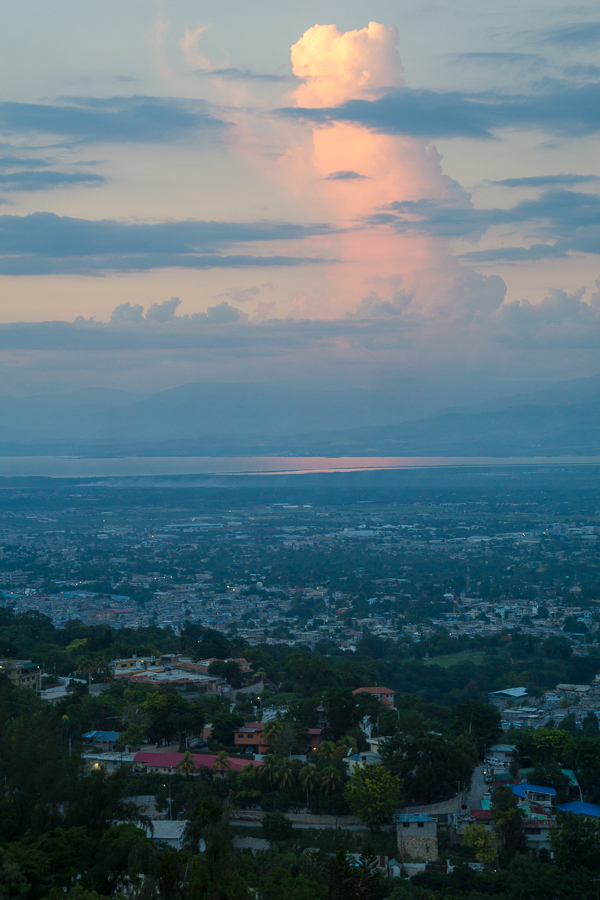 View from the patio at Hôtel Montana in Port-au-Prince

After dinner we wound our way back to the hospital through the streets of Port au Prince in a thunderstorm which clogged the roadways with debri rendering progress virtually impossible.  Still 3 miles from HAH, we elected to abandon the vehicles and walk the remaining distance through the chaos on the streets finally getting to bed around 1 AM.  Not much rest on “Rest Day.”