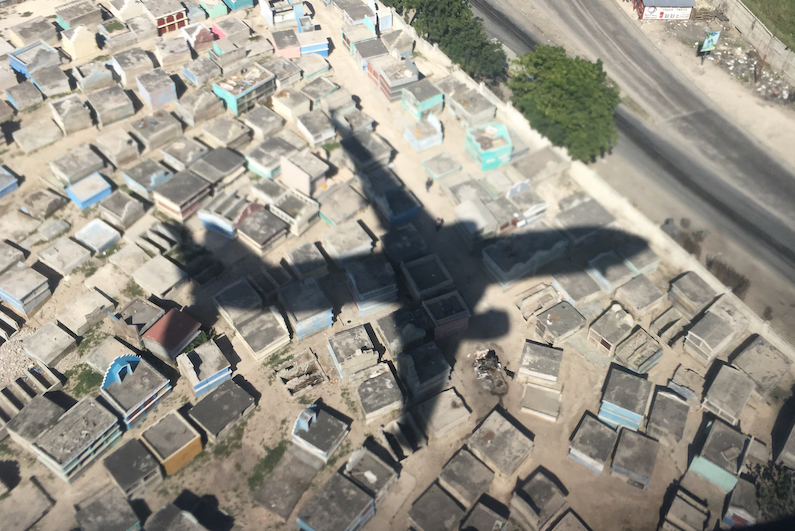 Just 2 months ago Marni and I arrived in Port au Prince. This time it was with one way tickets. This is both literal and figurative. It is not that we won’t be going back to the United States, in fact some voyages are already planned, but we now live in Haiti. We don’t have a home in California – it is rented out. Trips will now originate from PAP not LAX. 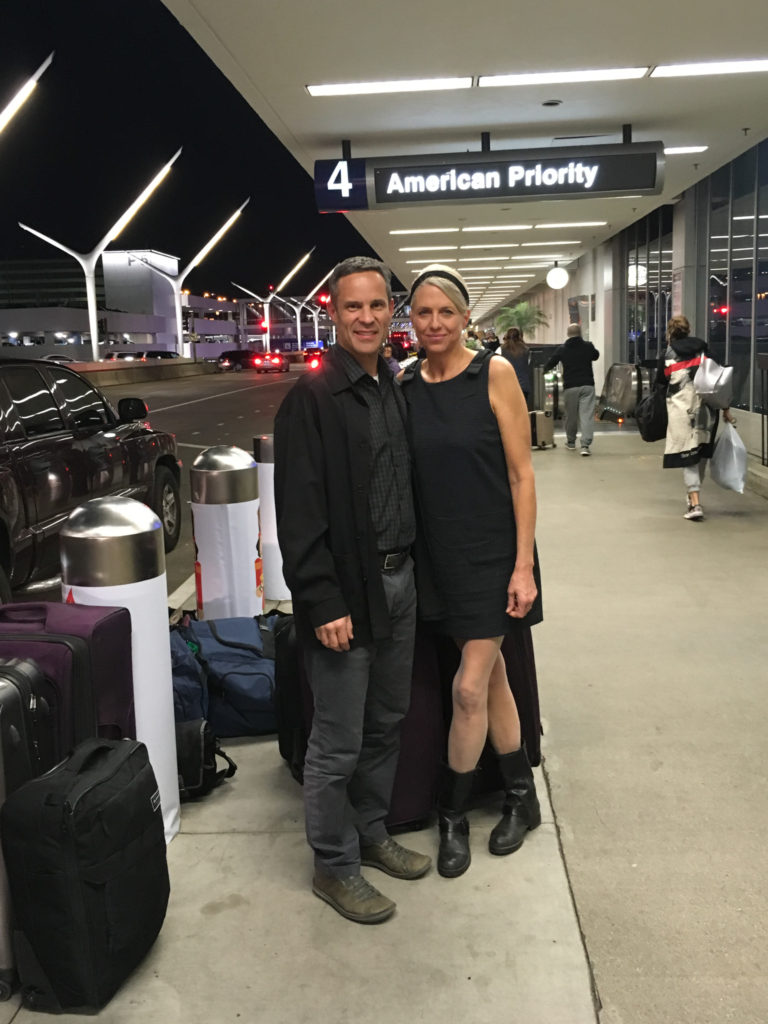 Living in Haiti is different than visiting. We won’t be going “home” in a week or two. The differences of another culture have to be accepted and embraced. Two more languages have to be learned. And administrative issues at the hospital cannot be ignored. I keep reminding myself that there are benefits of doing hard stuff. This is hard stuff. But even though it is hard, I still have it better than most people living in this city. To some it may seem a life of hardship and sacrifice but it really is not. Don’t feel sorry for us. Although the challenges are overwhelming, each one of these challenges presents an opportunity. A lot more on that in upcoming posts… But I can summarize by saying I am happy to be here, working with wonderful people, attempting to make a difference for our patients, our hospital and the country of Haiti??. 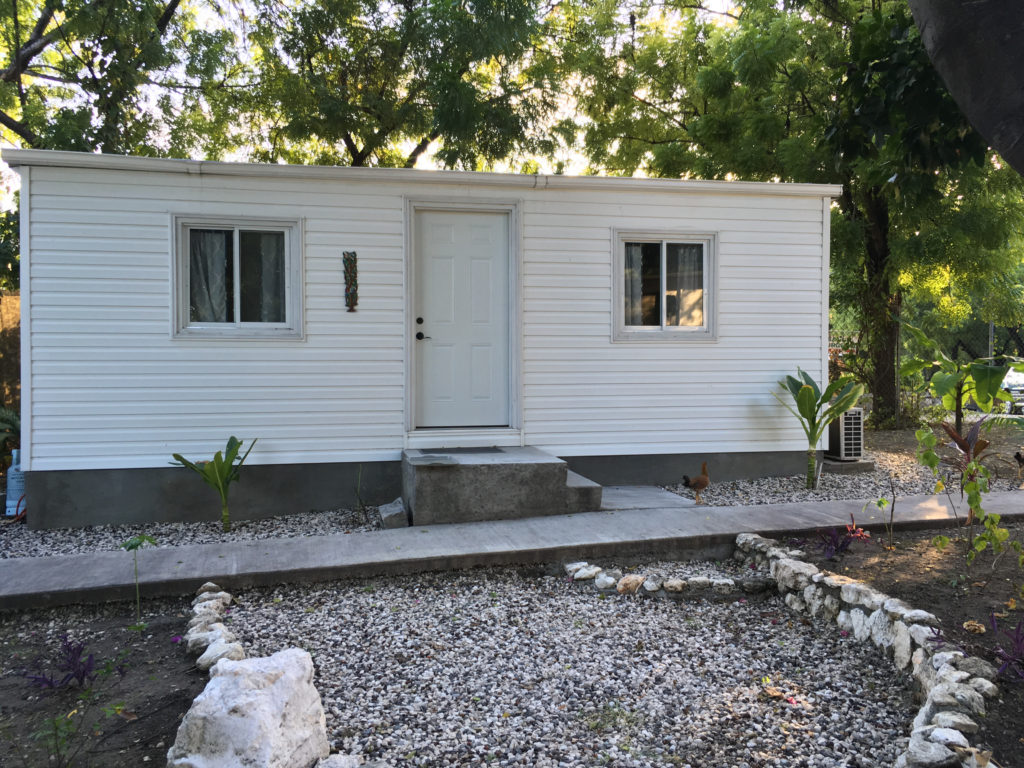 Marni and I have now settled in to our 300 square foot cottage. That did not really take long. Basically it consisted of unpacking a couple of suitcases and putting sheets on the bed. Our place is about 100 feet from the door of the emergency room. Living so close has its pluses and minuses but for now they are mostly pluses. Commuting time is minimal, we have 24 hour water and electricity, there is security and we have a relatively large garden area around our house. There are several people that are living in small buildings within the same area.

Amongst other cases this week we took care of Michelot an 8 year old boy from Cite de Soleil (city of sun) one of the most impoverished slums in the western hemisphere. Appropriately named for the tropical sun that beats down on those toiling in the streets where all vegetation and signs of nature have been completely eradicated. Life is not easy especially when injuries or illness occur. Michelot developed a fever with pain and swelling in his right thigh earlier this year. He was seen at a local hospital where a very small incision was made to drain some pus from the thigh. The infection was seeded in his femur and progressed to the point where the bone integrity was compromised and fractured. He was placed in a cast which ended at the site of the fracture only making the situation worse. When it did not heal he was told he would probably need the cast for a couple more years. That was when someone found him and brought him to Hôpital Adventiste. 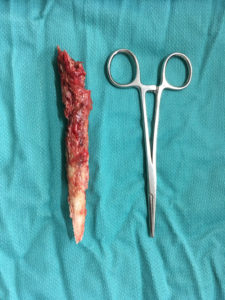 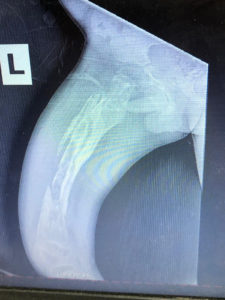 Osteomyelitis or bone infection is an amazing process when nature is allowed to run its course. This is a process rarely witnessed in developed countries where the first signs of infection are aggressively treated in order to avoid further destruction. In Michelot’s case the shaft was devascularized by the infection and walled off (sequestrum) and then new bone started growing around it (involucrum). The involucrum was not yet fully mature and a fracture had occurred preventing him from being able to walk. We were able to remove the sequestrum and stabilize the bone. At this point nature can resume its course and hopefully the newly growing bone will consolidate and become strong. 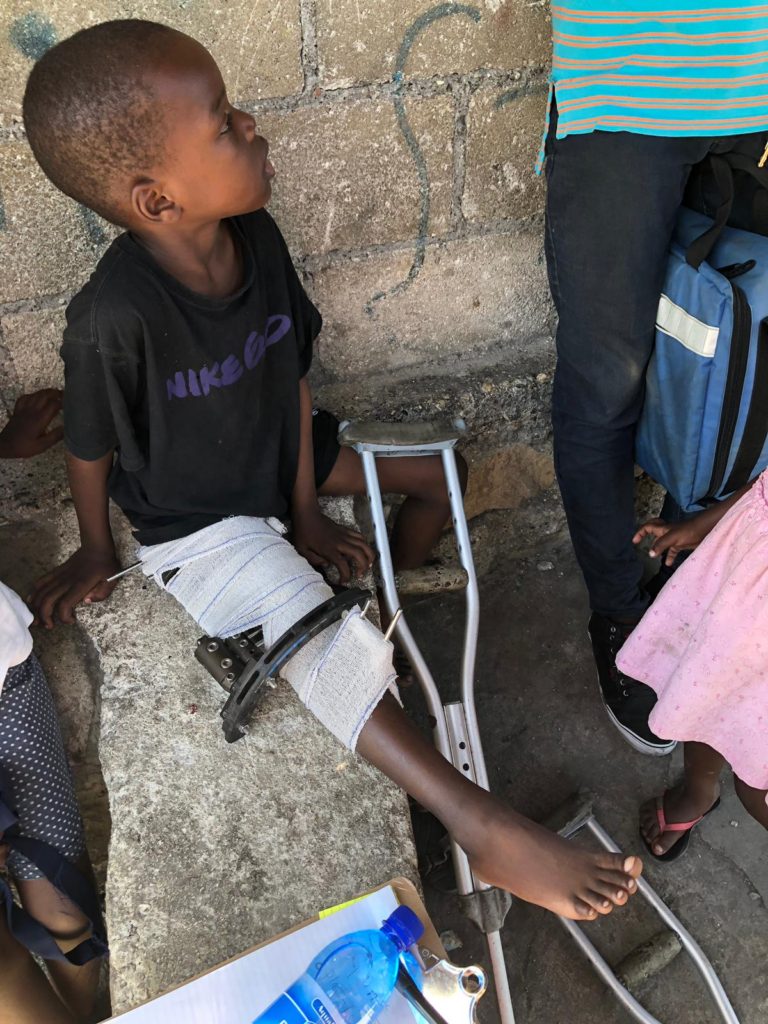 Michelot after surgery at home in Cite de Soleil.

Early light is just starting to welcome in another day as I sit in the peace of the morning under the mango tree in front of our place. A few chickens and their babies are cackling as they are out here scouring the ground for insects. Yesterday Marni asked Jacques, the gardener to capture the rooster that roosted in the tree above our place and started cock-a-doodle-dooing at 4am every day, so the morning is a bit more peaceful than usual. 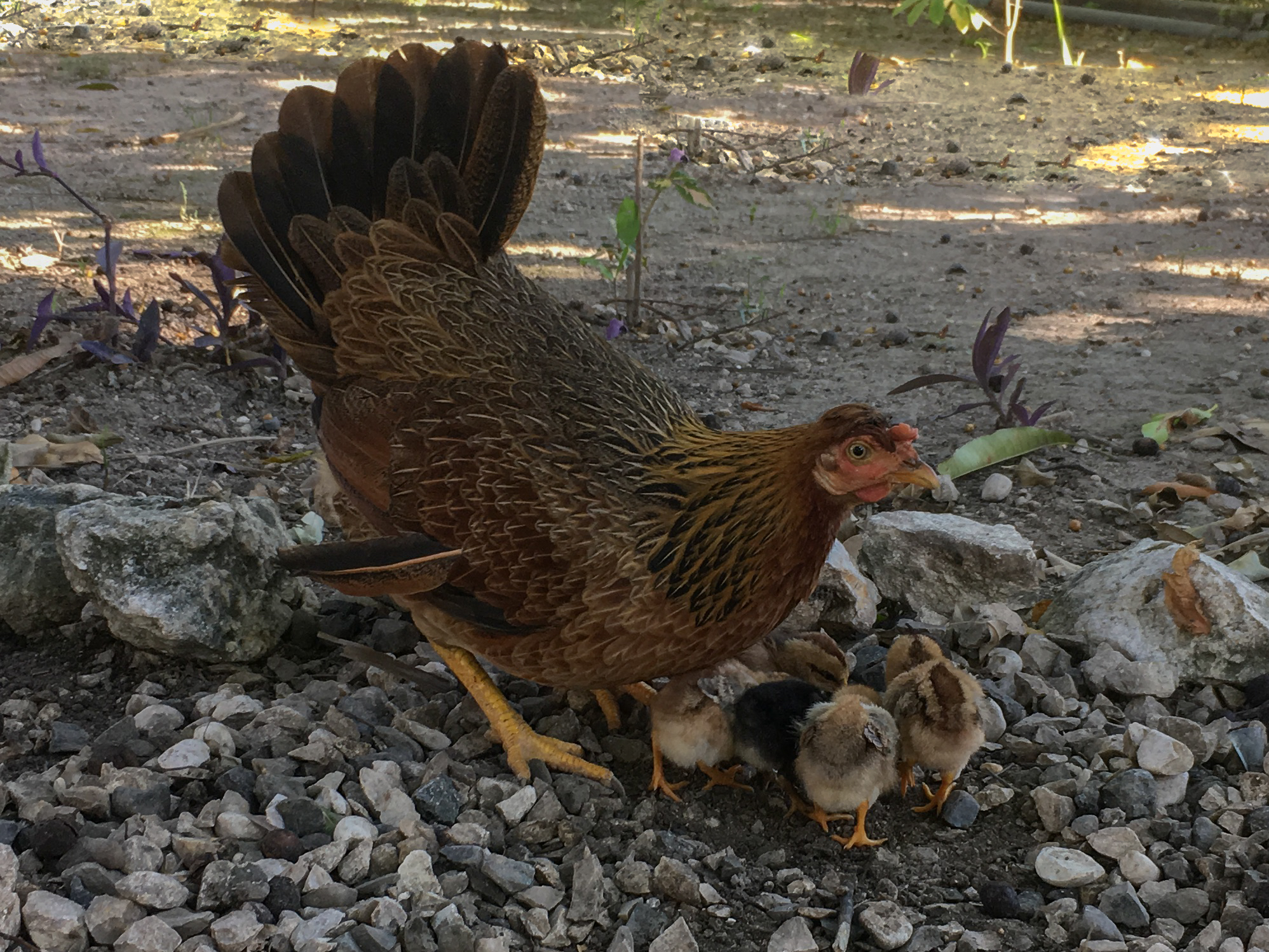 Chicken and babies enjoying the tropical morning with me. 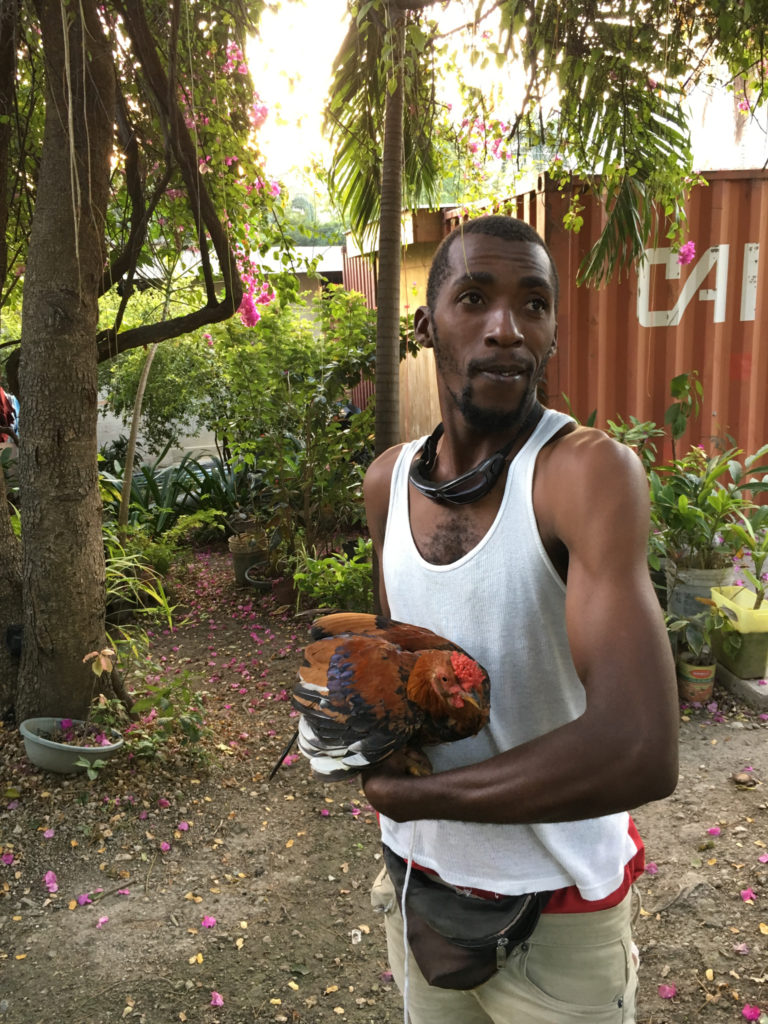 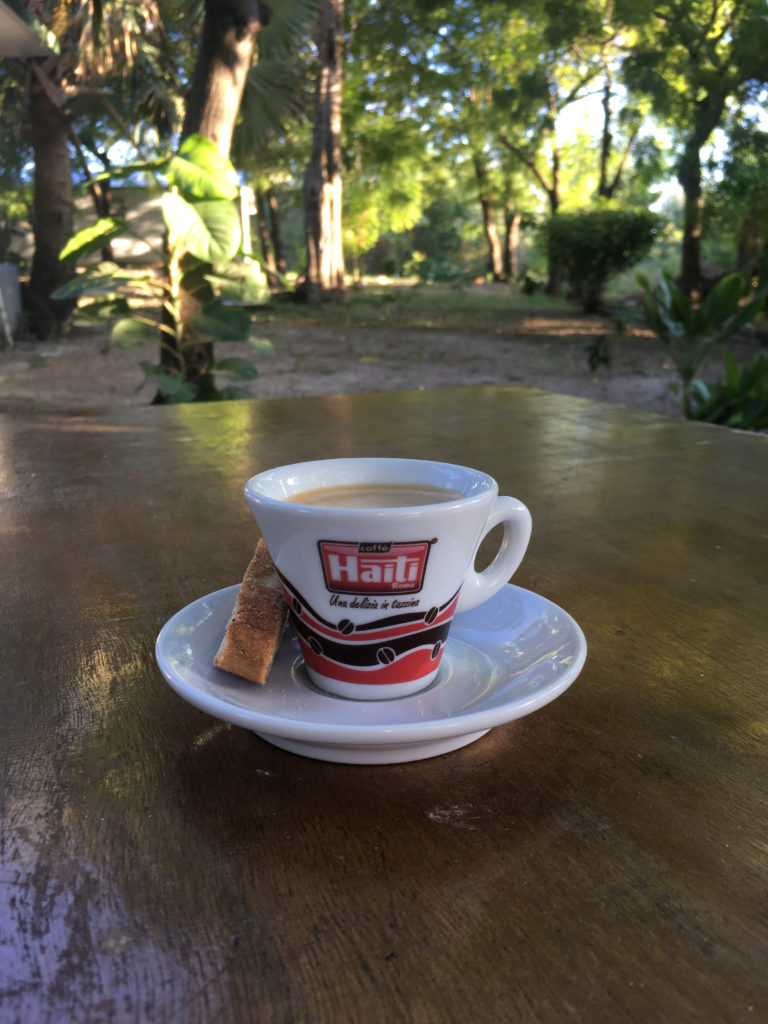 4 Comments on “City of Sun”