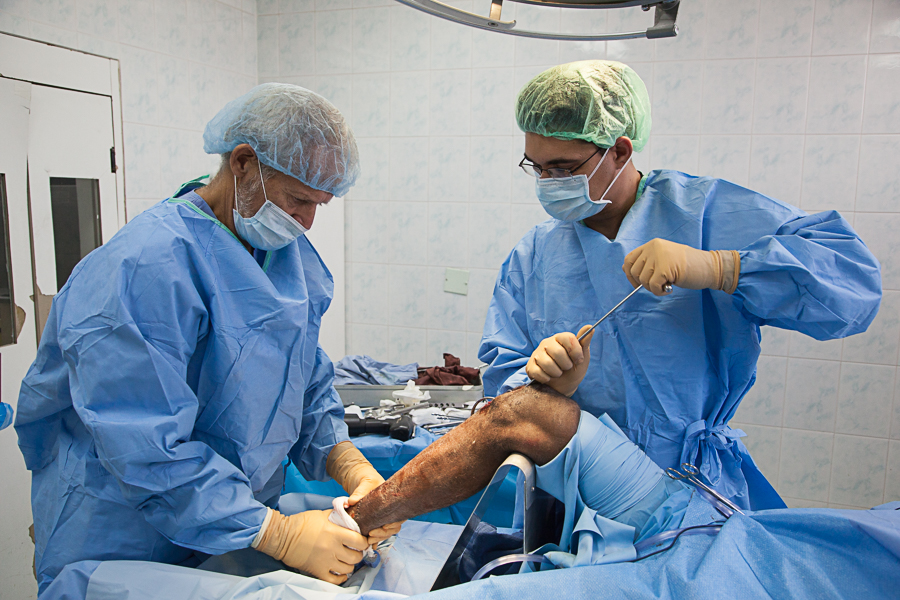 Beginning with a trip to Africa when Terry was a senior medical student, the Dietrichs have compiled an impressive resume of volunteer service.  Over the past 40 years Terry and Jeannie have worked in numerous countries including longterm stints in Puerto Rico, the Dominican Republic and Haiti.  Most volunteers do so at the beginning or end of their careers but the Dietrichs have managed to weave in a commitment to overseas missions while maintaining a thriving practice back home.  Terry was asked to present their experience below at Loma Linda University’s recent symposium on Global Orthopedics.  (In the photo above, Terry is helping an orthopedic surgery resident rod a tibia)

Our dirt poor little farm in North Dakota was the starting point .  My dad was a farmer as were my grandparents.  All of my uncles and cousins were farmers, laborers or petty criminals.  That was my destiny as well.  Well, hopefully not the criminal option.  A book changed that destiny.  The story of Dr Stanley Sturgis in the book “In the Valley of Seven Cities” captured my imagination.  I would be a “missionary doctor” like Dr Sturgis.  Nearly two decades later, my lovely wife and I embarked on the first phase of what for us has been an incredible journey.  Our twelve years of full time mission work at Hospital Bella Vista in Puerto Rico were a wonderful experience both professionally and personally.  Living in another culture, learning a new language all the while experiencing an orthopedic practice with amazing variety was unbelievably enriching for me and my family.  It formed the basis for a skill set and comfort level that made all of the subsequent international experiences possible. 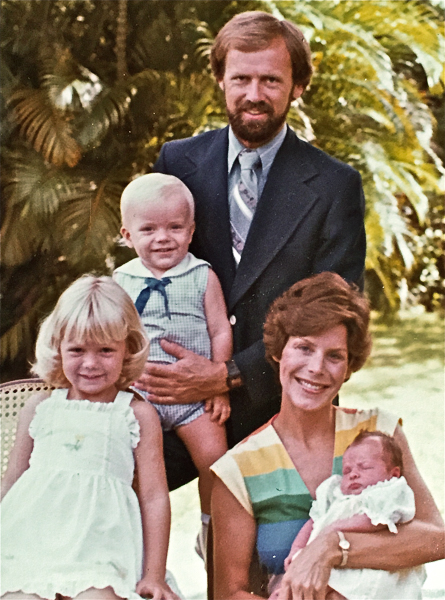 The SDA hospital in Puerto Rico initially was equipped with only outdated orthopedic equipment.  Working with those somewhat primitive tools during the first 2 or 3 years gave me a much greater appreciation for nice, modern power equipment and imaging to manage the steady stream of ortho cases.  Modernizing the orthopedic department was made possible by the addition of a well trained hospital administrator coupled with frequent requests to upgrade our equipment including C-arm acquisition.  Nearly a decade later, I left Puerto Rico with the experience of several thousand cases of scoliosis correction, children’s deformity correction, total joint replacement, tumor and infection cases, fracture fixation and arthroscopy.   The breadth of that practice would be virtually impossible to replicate.

The private orthopedic practice that I enjoyed for the next 16 years in the little town of Walla Walla, Washington was, needless to say, “tame” by comparison.  The desire to continue with international work had not been extinguished.  The opportunity to develop a quality orthopedic service in the Dominican Republic became available at a small Christian hospital.  Nearly thirty week long trips over the next 15 years provided more opportunities to do many of the same types of orthopedic cases that a small town practice never sees.  Ultimately, I had the great fortune to meet Scott Nelson.  We were able to work together in the DR for several years.  I even joined him for one of his short trips to Haiti.  Scott’s legendary appetite for work became totally apparent during that week.  More than 50 cases left me as exhausted as I’ve ever been and vowing to leave Haiti to him. 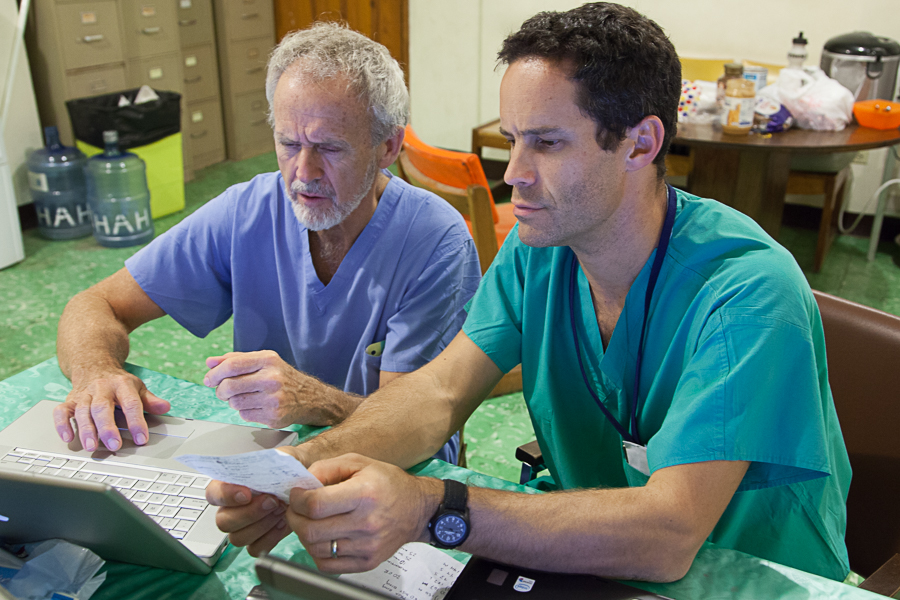 The disastrous earthquake struck Port au Prince and environs more than a year later.  Scott was the first orthopedist to enter the country 48 hours later.  In the milieu of near total catastrophe, he organized human resources and orthopedic equipment and developed an amazing program at Haiti Adventist Hospital.  Synthes announced plans to send a corporate jet with $10 million of implants and equipment.  Much of that donation found its way to HAH.  Other organizations made major donations.  More than 200 members of the AAOS volunteered in Haiti in the weeks after the disaster.  Several helped Scott at HAH.  I have been privileged to be part of that program. 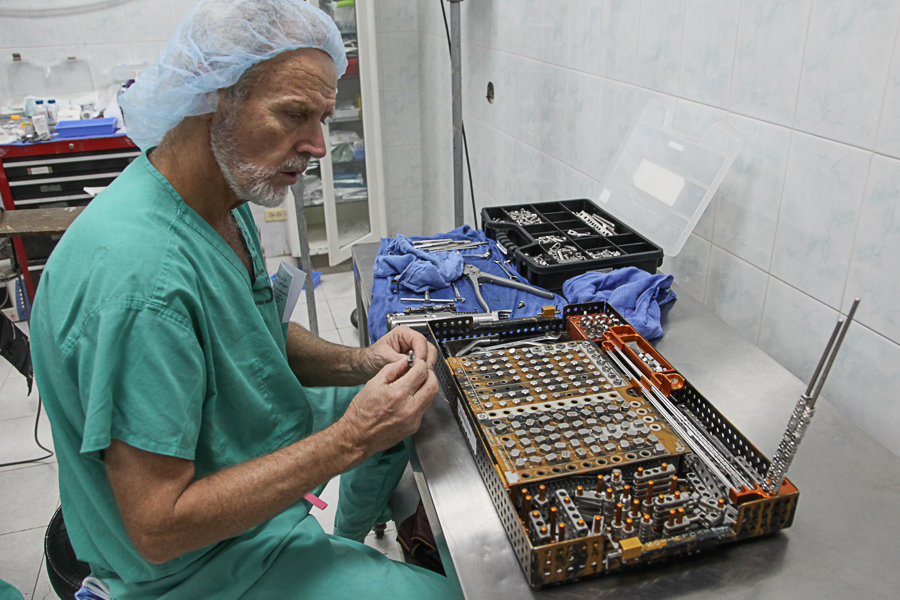 Terry assembling equipment for the next surgery

It is nearly mind boggling to see what has been done in the poorest country in the Western hemisphere.  Correction of unbelievably severe long standing deformities has become fairly routine.  The TSF is a great example. To have such a powerful internet controlled tool to deal with these severe deformities in Haiti is almost unimaginable. Scott taught me the principles as well as surgical technique.  I was able to follow his cases as well as use the device on a number of mine during the year I volunteered at HAH. 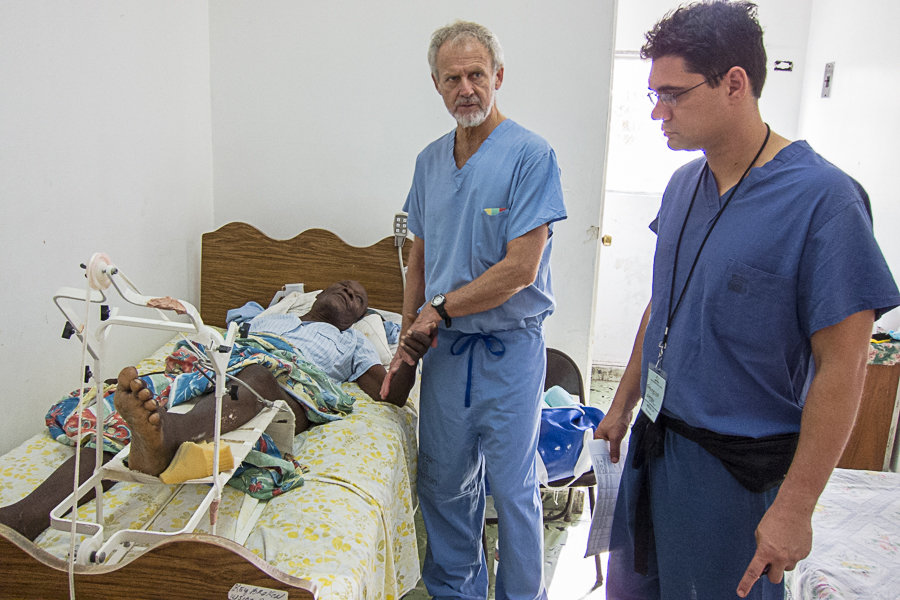 The arthroscopy program that we have is another important addition to the program.  Now teaching Francel Alexis is a major focus.  He has the potential to be the best arthroscopist in the country.  He came to HAH to finish a fellowship in pediatric orthopedics during the middle of my year in Haiti.  He remains there serving as the important bridge between teams of visiting orthopedists.  He has become adept at placing the TSF and doing many other types of deformity correction especially in children.  We believe he is the key to the future of the orthopedic program at HAH. 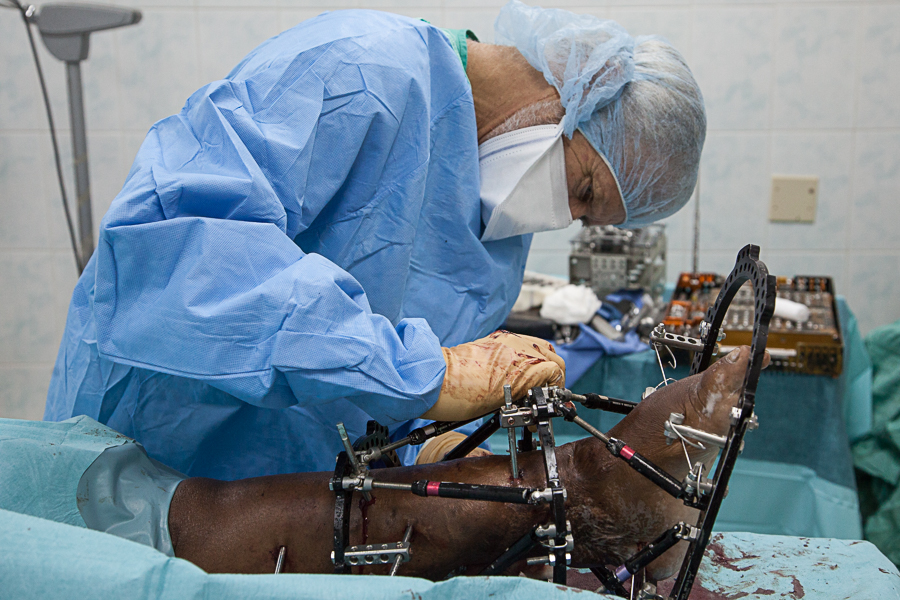 37 yeas of living and working full and part time in these two nonAmerican cultures has been a very interesting and satisfying experience.  Learning another language is a byproduct of the situation.  La lengua de Cervantes is considered by those with whom I lived and worked for many years to be la lengua del Cielo.  I have also been privileged to meet and work with many other incredible orthopedic surgeons who dedicate much of their time and expertise to international orthopedic work.  I think of Dr John Herzenberg, Dr Kaye Wilkins, and Dr Lew Zirkle.  There are a host of others as well.  An orthopedist doesn’t need to leave his own culture and “comfort zone” to find poor people with significant orthopedic needs,  For me, it has been a special journey to be involved in other countries. 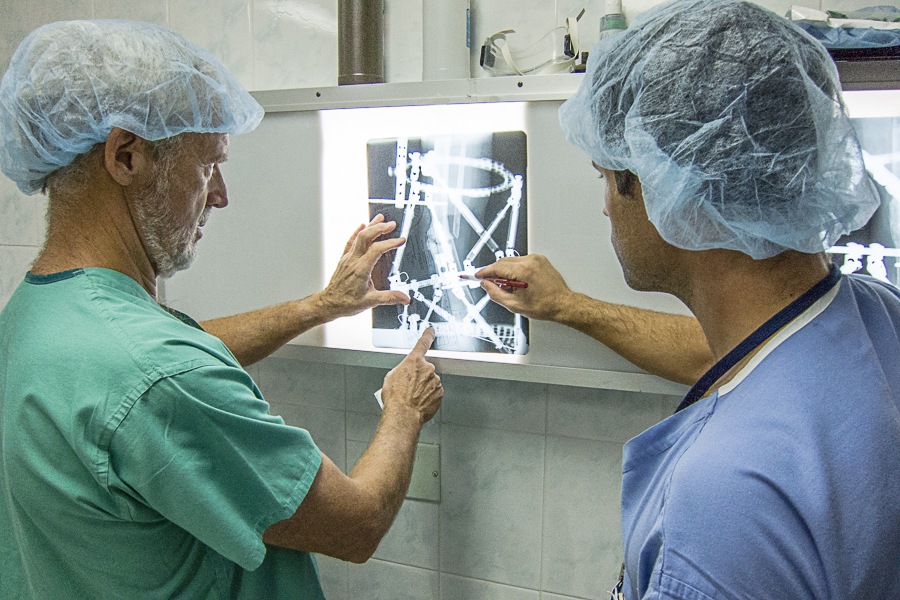 Stay tuned for the upcoming trip report from the Dietrich/Mulder/Gerke team who recently returned from another trip to Hopital Adventiste d’Haiti earlier this month.  Please consider donating to the Dietrich Haiti Indigent Patient Fund’s goal to raise $500,000 for an endowment to facilitate the care of indigent patients at HAH.